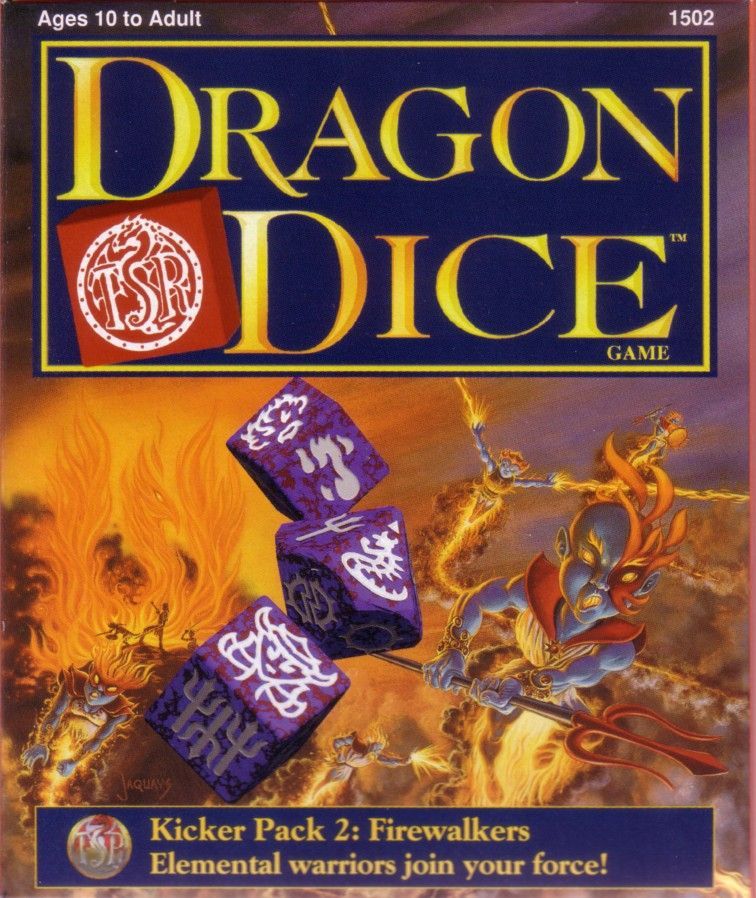 Players use colorful dice to represent armies of different fantasy races which battle to control essential terrain in this fast-rolling game. Any number of players can join the struggle, although it's designed as a multiplayer game. The first player to capture two terrains immediately wins the game, or you may try to obliterate your opponent's dice. Spells and layered strategies benefit certain races as you try to control the odds in this dynamic game full of surprises! History: 2-Player Starter Sets, including completely rewritten rules, were released in 2006. These rules are available online at [www.sfr-inc.com]. The new Starters have perfectly paired racial armies, not random assortments like the old retail packaging, plus four terrain dice, two dragons, the complete rulebook, and new army placement cards. The races are paired up as Coral Elf/Lava Elf, Dwarf/Goblin, Feral/Undead, and Amazon/Swamp Stalker. Hybrid Dragons were offered in 2008. Acolytes of the Eldarim (a large expansion of the Eldarim race) was released in August 2009, along with a re-release of the Dragonkin. The Battlefields expansion (new major and minor terrains) was released in August 2010, adding exciting new options and strategies. The Dragoncrusader and Dragonzealots (new Eldarim Champions) were released in 2011. Dwarves and Goblins were re-released as kickers in 2012 and now include a 5th monster for each race. Magic Items were also re-released in the Battle Chest expansion in 2012. Coral Elves and Lava Elves were re-released as kickers in 2013 and now include a 5th monster. Amazons were re-released as kickers in 2014 and now include a 5th monster. The Starters listed above are now out of print. New Starters have been released that have 30 health of Firewalkers and 30 health of Treefolk. Those starters also contain 4 Terrains, 4 dragons, 2 playmats, and a simplified set of starter rules.