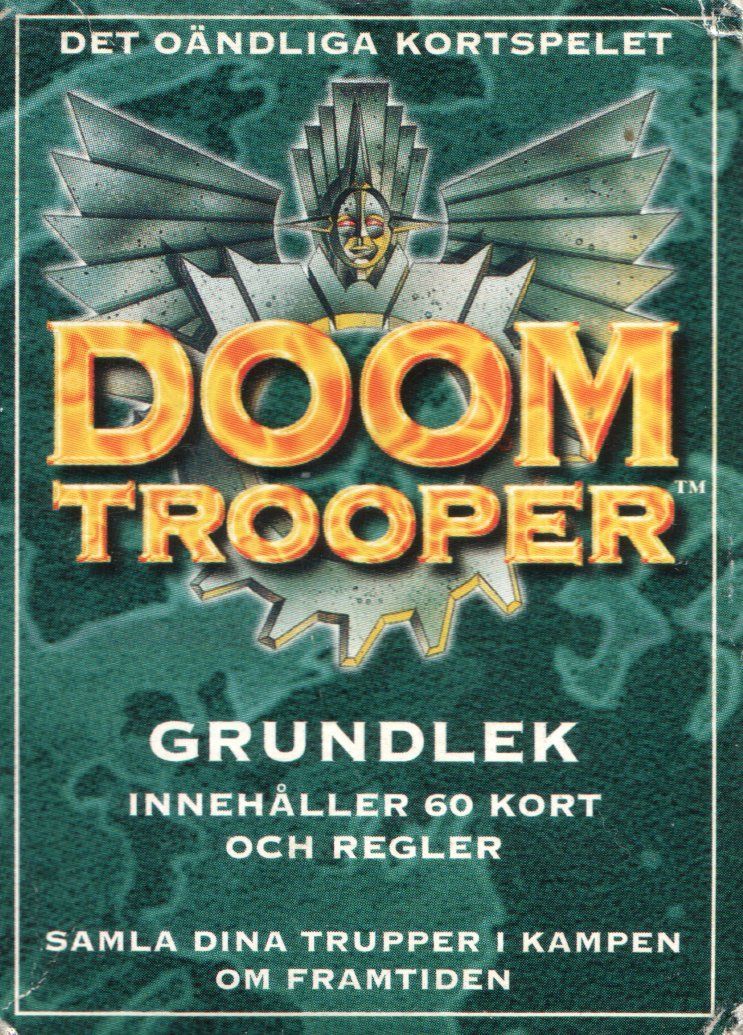 DOOMTROOPER is set in the Mutant Chronicles universe, where on a 10th (fictional) planet the seal to another dimension was broken. Now the Dark Legion come to the solar system, which is populated by five different Mega-Coporations (european-styled Bauhaus, american-styled Capitol, asian-styled Mishima, british-styled Imperial, cyborg-styled Cybertronic) and the Brotherhood (the church), to wreak havoc amongst them. The object of DOOMTROOPER is to use your available warriors to do battle against the forces of your opponent.You place warrior cards on the table to form your Squad (of Doomtrooper warriors) and/or your Kohort (of Dark Legion warriors). In order to play warriors and perform certain other card effects, you will need to acquire and spend Destiny Points, the "currency" used in DOOMTROOPER (referred to on many cards as D). Warriors earn Promotion Points (referred to on many cards as P) for you by winning battles and through other exciting combinations of card play. When either player reaches a predetermined number of Promotion Points (normally 25), the game is over. The points are received by killing warriors, completing missions or via special card play. Online Play http://www.lackeyccg.com/downloads.html