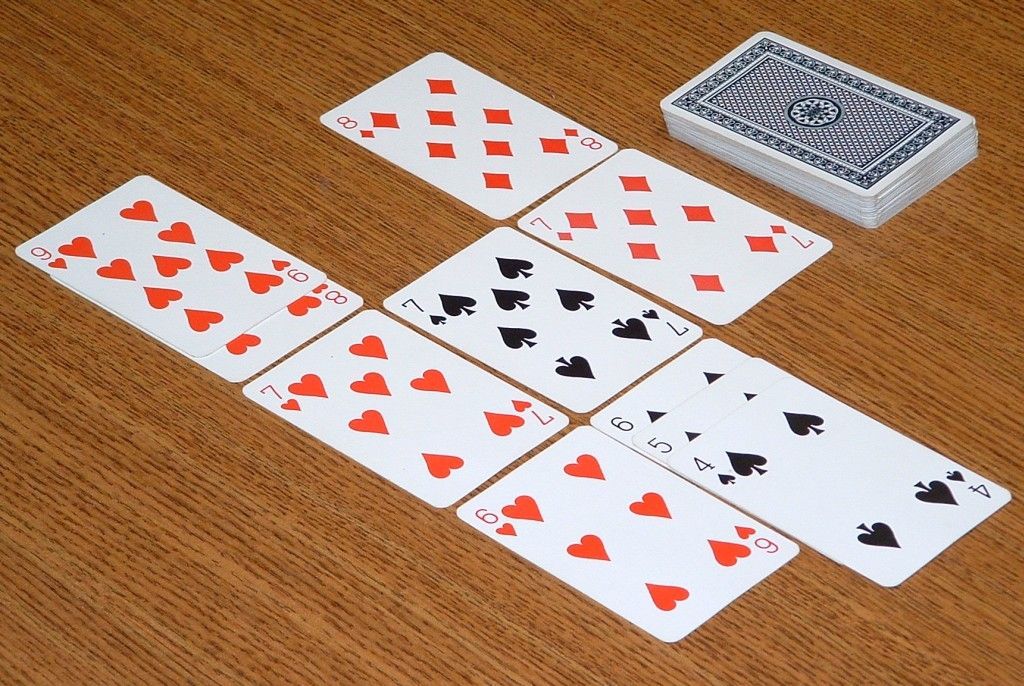 Fan Tan is a traditional card game, wherein players try to be the first to void their hands of cards. The four 7s are the only cards that can be played initially; after the 7 in a suit is played, the 6 & 8 can be played, and so on until the A (low) and K (high). This game is not to be confused with Shichi Narabe, which like this game is also sometimes called Sevens or with Fan Tan which is a Chinese gambling game. Reimplemented by: Big Top Elfer raus! The Secret Seven Rules: on Pagat.com