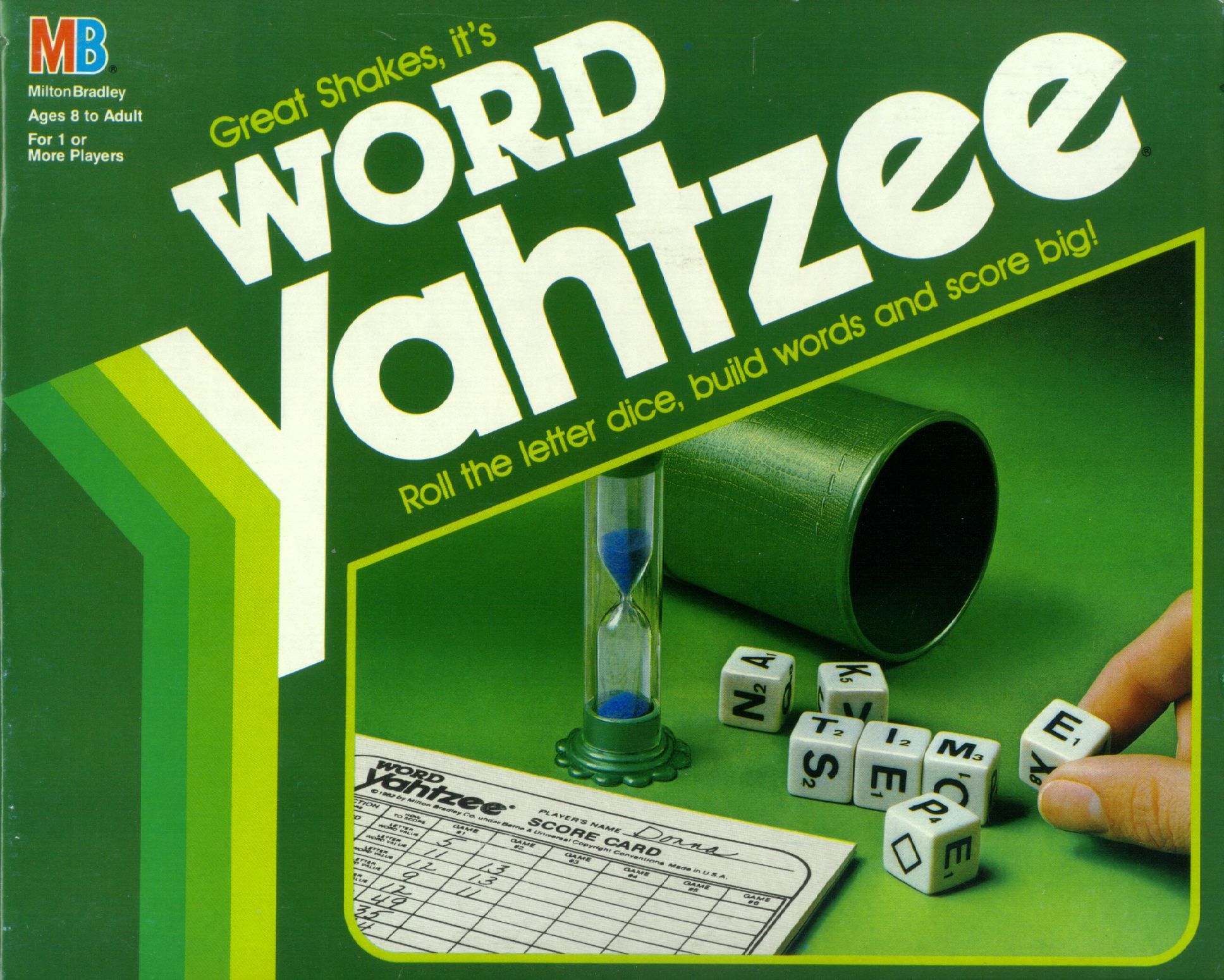 Word Yahtzee is another addition to the Yahtzee family, which is one of the most recognised dice games in history. However instead of numbers, letters and words take center stage. Players still have a maximum of 3 rolls in a given turn but now players have 7 dice at their disposal. The dice in Word Yahtzee contain a set of letters similar to that on offer in Scrabble and each letter is also tagged with a value, which is used in creating a score when a player meets one of the criteria. The targets to aim for include words of certain lengths (top half of the score pad), whilst the bottom half includes categories such as 2 words, 3 words, all vowels and all consonants to name a few. To achieve a Yahtzee a player must be able to form a 7-Letter word. At the end of each game the highest score is declared the winner but like classic Yahtzee, players an play all 6 games featured on a single page and combine those scores to play a more epic game. Word Yahtzee is a word dice game.