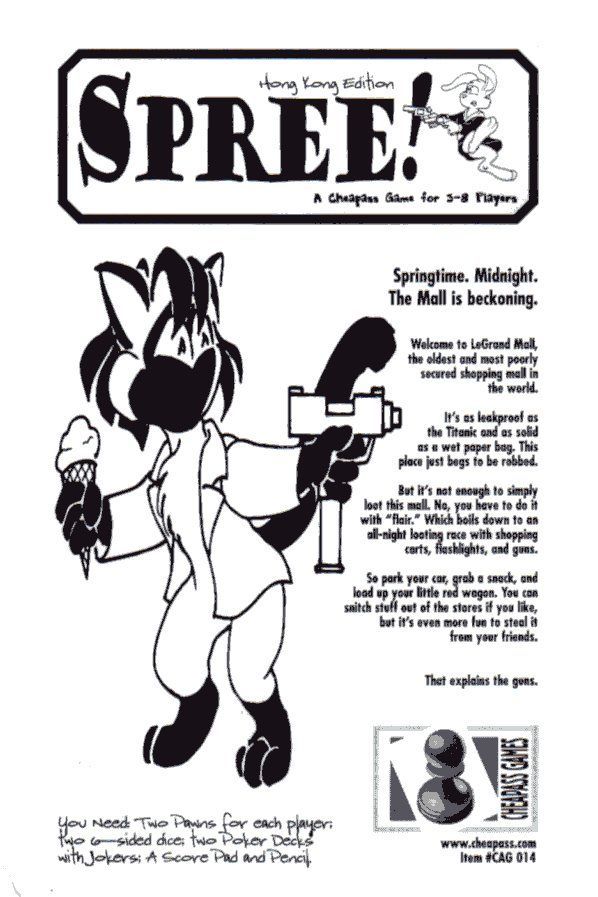 From the game cover: "Springtime. Midnight. The Mall is beckoning. Welcome to LeGrand Mall, the oldest and most poorly secured indoor mall in the world. It's as airtight as the Titanic and as solid as a wet paper bag. This place just begs to be robbed. Enter you, and your infantile collection of friends. It's not enough to simply loot this mall. No, you have to do it with a certain amount of flair. Which boils down to an all-night looting race, with shopping carts, flashlights, and guns. The object? Park your car, dash into the mall, and load your shopping cart with the goodies on your list. You can snitch stuff out of the stores if you like, but it's even more fun (and easier) to steal it from your friends. And that would explain why you're carrying a huge gun." The 2nd edition is called Spree! Hong Kong Edition and includes a variant of "a bunch of extra violence we've never tested", such as Running People Over. There is also the promise of a Mecha-Zoid Spree.