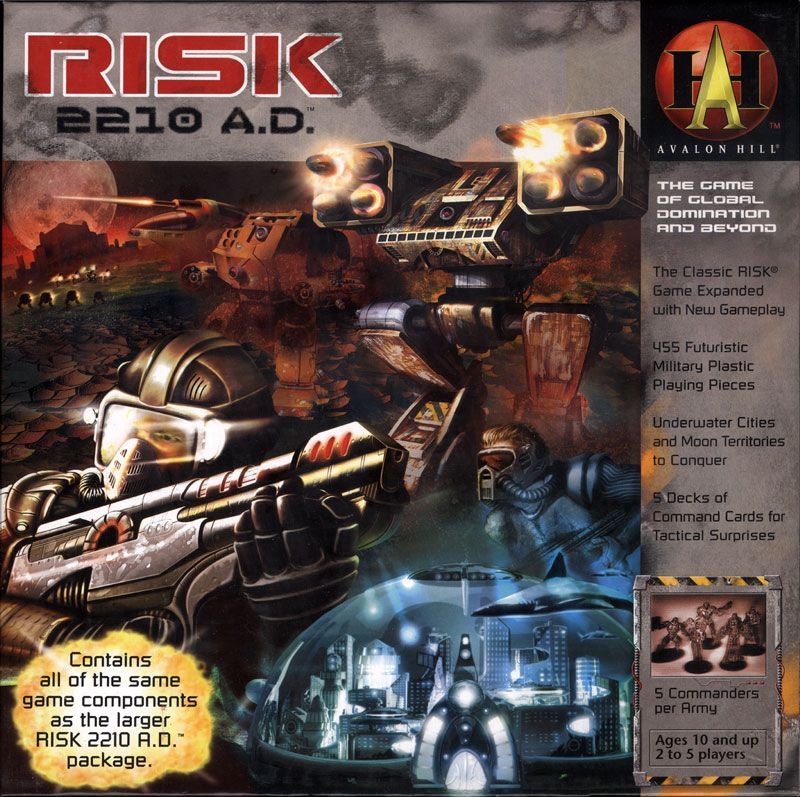 Risk 2210 A.D. is yet another entry in the long series of Risk variants. Set in the not-so-distant future, battles are now fought by machines of destruction, known as MODs, for short. Human commanders still lead these mechanized troops, but these commanders each have special powers and abilities. These come into play via the use of Command cards, which add a new dimension to the game. Now the battle is not just for the continents, but the sea and moon are also battlegrounds. Although much has been added, the basic flavor of the game is still Risk. One welcome change is the institution of a five-turn game limit, which allows the game to play to completion in about three hours. Further, players must also factor in economics in the form of energy. This energy is used to purchase command cards, bid for turn order, and hire new commanders. There is much more strategy and planning involved in this new version, but it should still appeal to the classic Risk fans. Re-implements: Risk