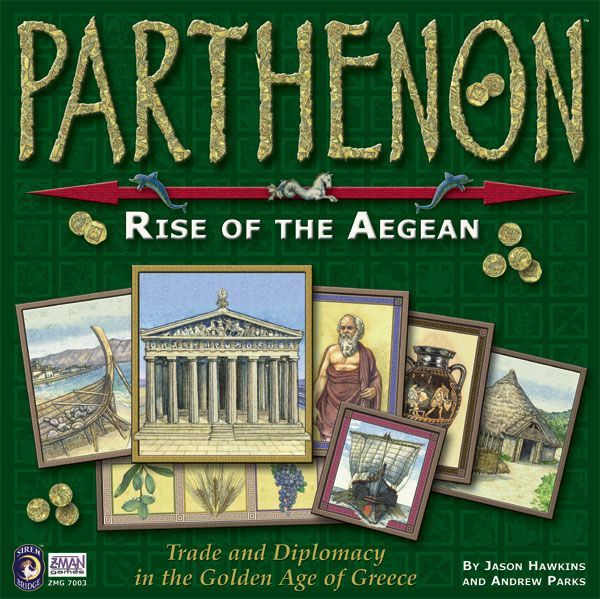 Parthenon: Rise of the Aegean immerses you in an exciting, competitive world filled with aggressive trading, perilous voyages, and the construction of grand monuments. "Parthenon" is a game of commerce for 3 - 6 players set in the islands of the Aegean Sea. The time is 600 B.C., and mainland Greece stands on the threshold of glory. The Aegean Islands now attempt to share in that glory and to thrive in an increasingly profitable (and dangerous!) world. Each player strives to develop his island by building additional villages, workshops, and advanced structures such as fortresses, shrines, and academies. The first player to complete all of the structures on his or her island, including two Great Wonders, wins the game!