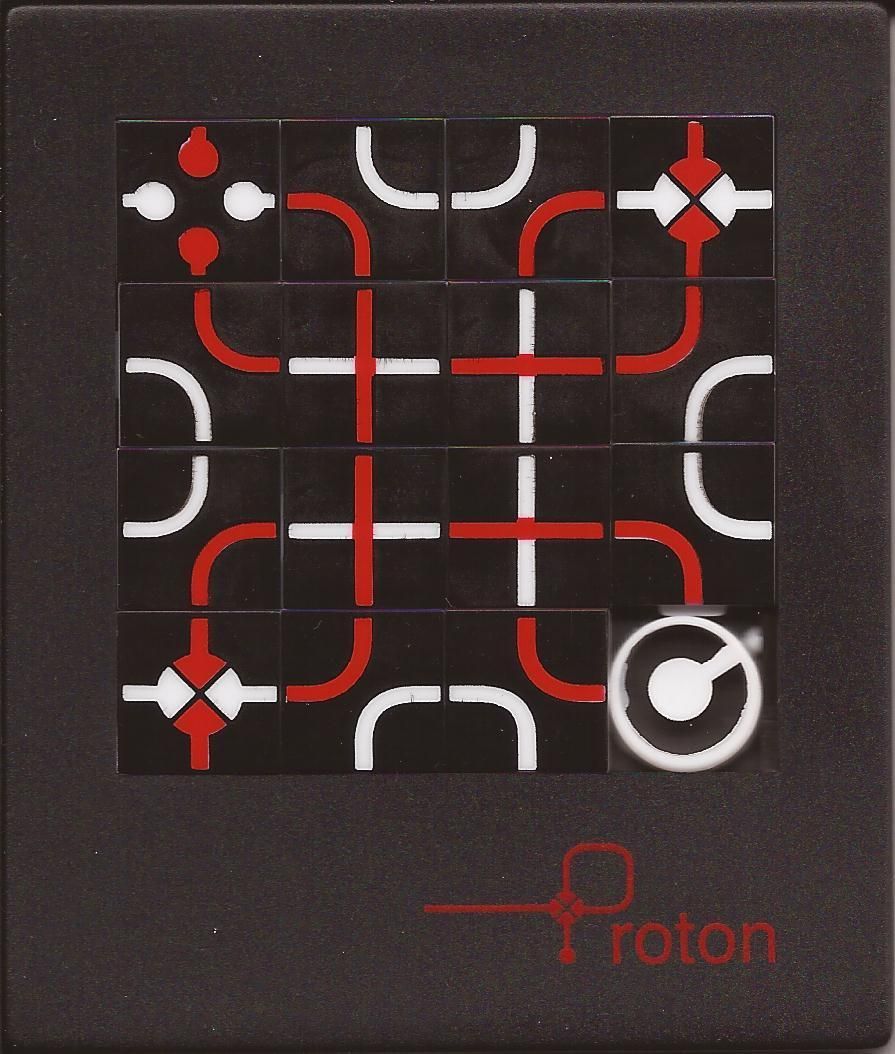 Proton is, at its basic level, a sliding tile puzzle no different than any number of sliding tile puzzles (like those annoying little things you can get at Stuckey's with numbers from 1 to 15). However, instead of the traditional numbers, Proton has several tiles depicting two lines - one red and one white - going in various directions. The idea is that one player tries to connect one of his own colored endpoints to the other of his colored endpoints before the other player does. To do this, the players take turns moving one tile each, but not being able to take back their opponent's move.