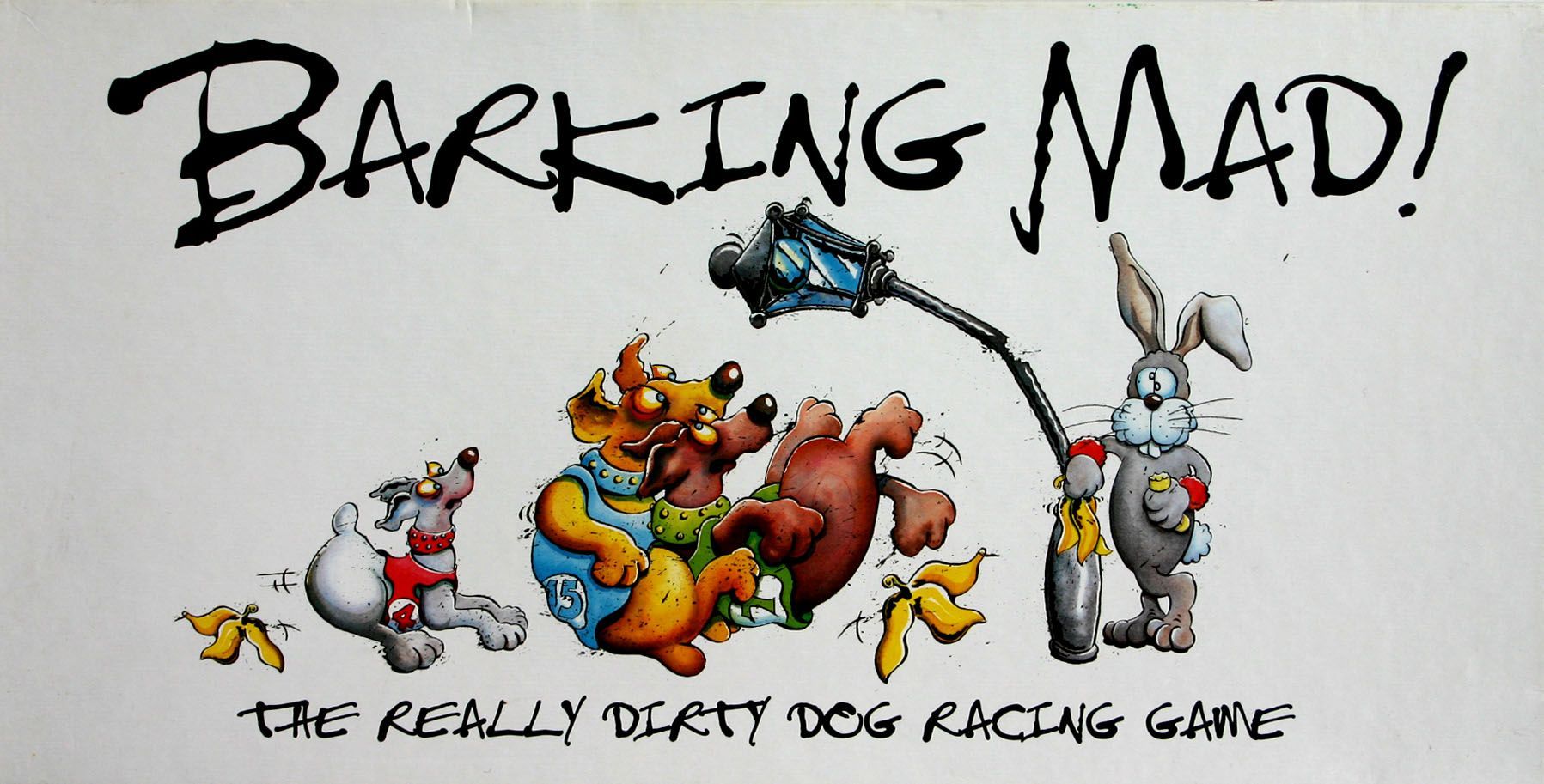 BARKING MAD is a dog racing game in which players predict where the dogs will come in the race and then try to fix the race to ensure that their prediction turns out to be correct. The game is played in two phases - a betting phase and a race phase, with different parts of the board being used for these two phases. Placing Your Bets: Players place their dogs at the start of betting board. Players take turns to throw a D6, moving their pieces and following the instructions on the board. These will generally involve taking cards (which are used later in the game) or placing a bet. Betting involves placing a marker on the Betting card to indicate, for example, that the yellow player thinks the red dog will come 4th. Play continues like this until a player's piece passes the "Go to the Traps" space, at which point he/she completes their bets by filling up their betting column, and move their dog to a free trap to await the start of the race. Once in the traps the player must way until all the other traps are filled. The Race: The race phase comprises two actions: - Playing a card (if you have one) and following the instructions on it. - Roll three dice and, using the score on each of the dice to move one of the seven playing pieces forward - three of the pieces (two dogs and the hare, or three dogs) move each turn. A roll of 10 (on the three dice) allows a player to position a lampost in the path of one of the dogs which prevents the dog from moving until the lampost is moved. The hare is moved in the same way as the dogs but is normally in the lead. If one of the dogs overtakes the hare it is deemed to have eaten it, and is "lamposted". At this point the hare is dead and takes no further part in the game, but is deemed (on account of the fact that it is in the dog's stomach) to finish immediately after the dog for betting purposes. Once a dog crosses the finish line it is placed on the betting card in the position corresponding to where it actually finished the race. The player owning the dog keeps playing however so as to influence where the other dogs finish. Once all the dogs are finished, the actual result is compared against the predictions with players scoring as follows: - 15 points - correct prediction of the winner. - 10 points - correct prediction of any other position. - 5 points - almost correct (one place out) prediction of any postition. Scores are totalled and the player with the highest score wins.