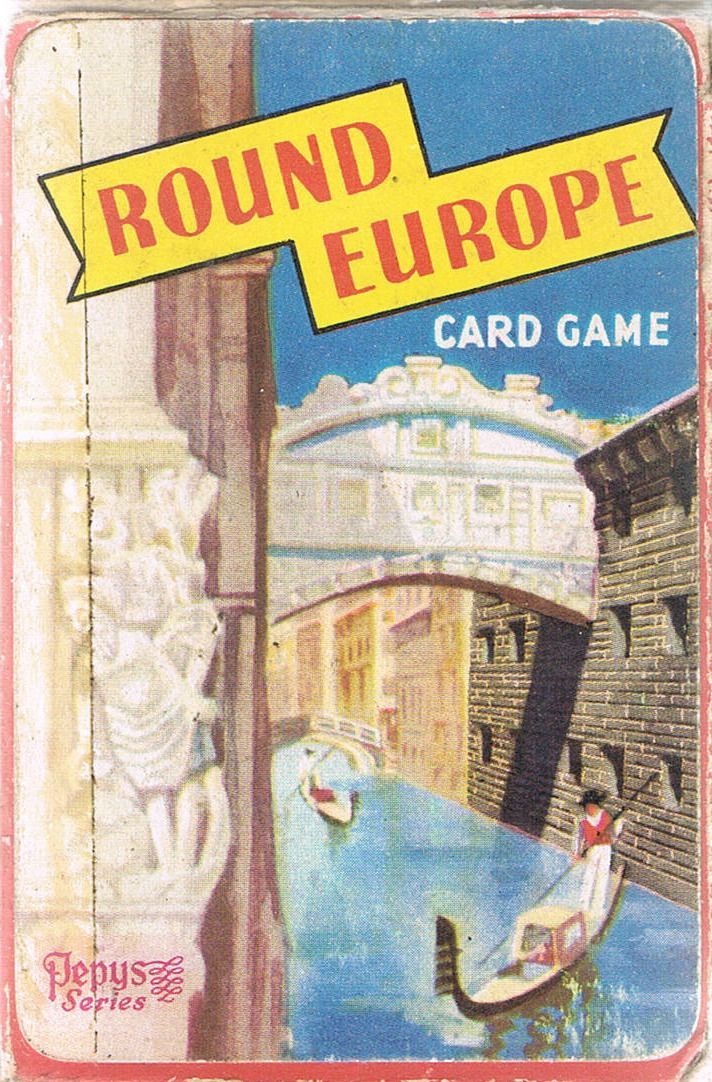 By playing travel and destination cards, players start compete to be the first to “visit” four, five or seven, according to the number of players, European cities, starting from London. The deck comprises two cards for each of twenty-two destinations and twenty travel cards indicating various distances in miles. For example the “Vickers Viscount” card will take you the five hundred miles from Berlin to Stockholm by itself, whereas to travel from Berlin to Paris you will need the five hundred miles of the Vickers Viscount card plus the fifty miles of the “Vauxhall Cresta” card! Cards totaling the exact mileage between cities must be played, by reference to the maps provided on the rear of the rules sheets. The winner is the first player to play the target number of destination cards.