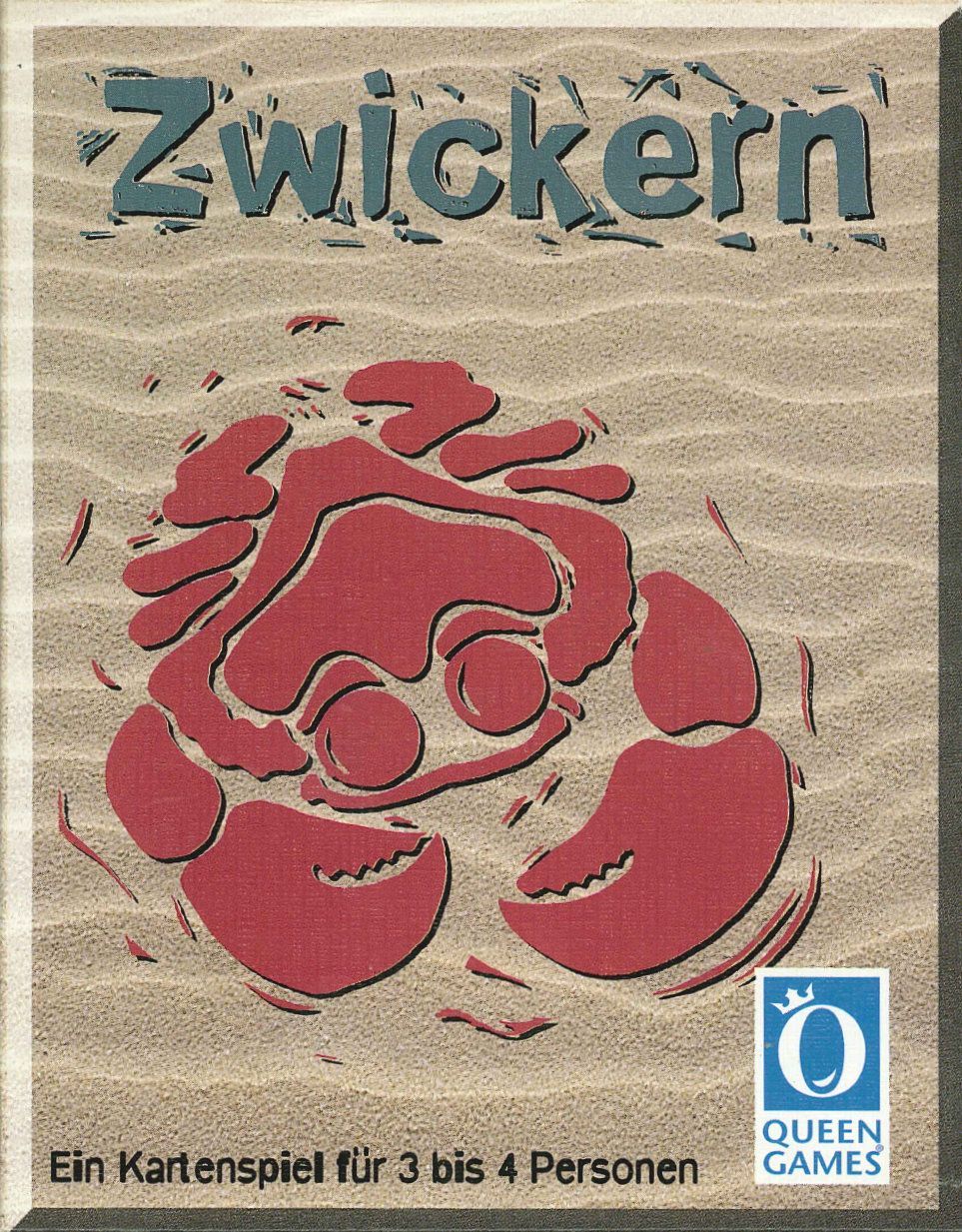 Zwickern is a public-domain card game of the fishing variety, in which the game starts with a pool of cards on the table and players try to claim these cards for points by using the cards in their hands. Most cards have a single number in the corner to show their value when being played, while some cards have two numbers (e.g., 2/12) and cards like these can be either value when played or when lying on the table; each card also has a victory point value. On a turn, a player plays one card from her hand and either: Buys cards from the display (using an 8, for example, to buy a 5 and 3, or an 8, or all three cards) Builds a pile of cards (by adding or subtracting the card played with a card or pile already on the table, or vice versa) Plays to the table (making the card available for piles or buys on future turns) After players play out the few cards in their hand, they receive a few more cards. After a certain number of rounds, the game ends and players sum the points of the cards they've collected, earning additional points for collecting the most cards and for buying all cards on display during a turn. The player with the most points wins.