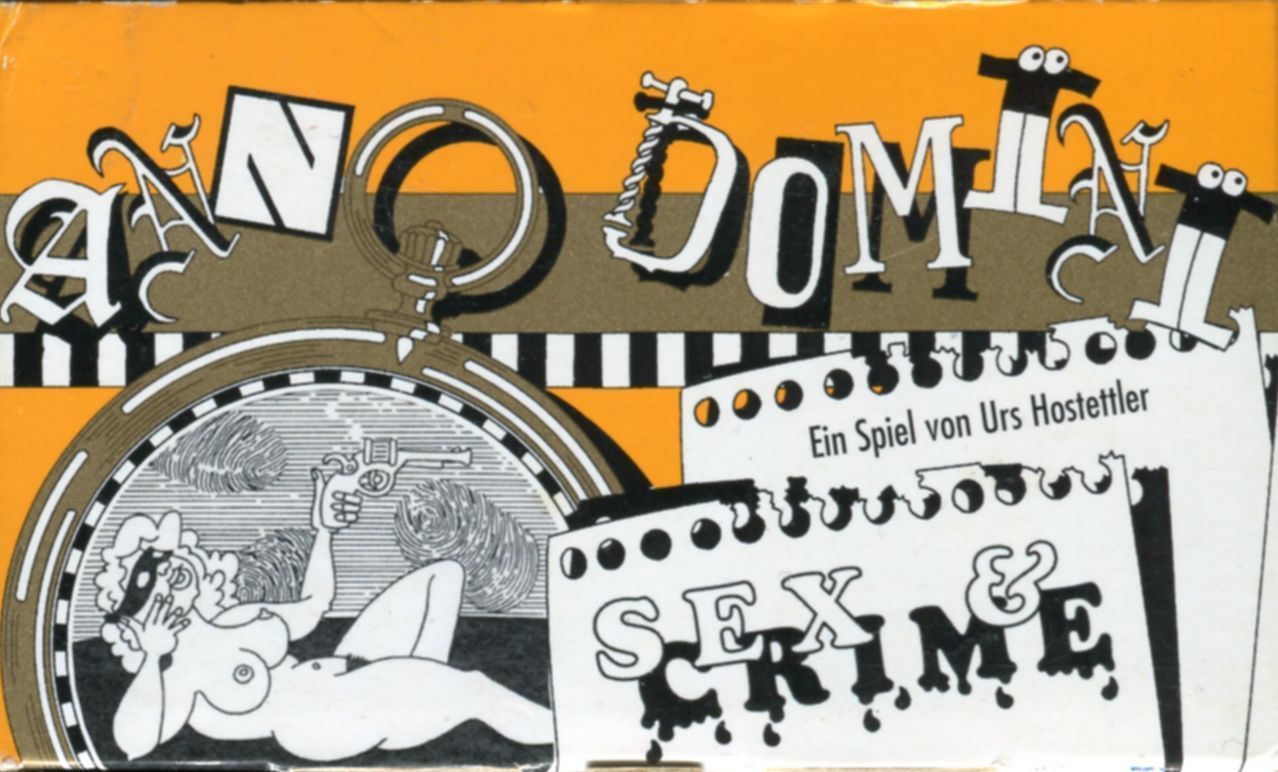 Each Anno Domini set consists of 336 cards, with a description of a historical event on one side of the card, and the year (and sometimes specific date) in which it happened on the other. Each player receives nine of these cards (or less, if you want the game to be shorter), and may only look at the descriptions. Players then put in turn a card on the table, *trying* to put theirs in chronological order. A player may, instead of adding a card, claim that the order in which the cards were put is incorrect. In this case all cards are turned over and the correct years revealed. If the order was correct then the doubting player receives two cards and skips a turn. If the order was incorrect then the previous player, who accepted the order as correct, receives three cards. The first player that gets rid of all the cards wins. Bluffing is as least as important as knowledge in this game. Most events are rather obscure or are hard to date exactly, so this ain’t no game for the nerds/geeks of this world, even they might think so, because it’s full of surprises and pure fun. Highly Recommended, because Anno Domini is a blast to play, is a very enjoyable social event and you even learn something from it. Unfortunately there is no English edition in existence, but this game could be a good way, to improve your already existing German skills or a very good reason, to learn the German language in the first place. The Set "Anno Domini - Sex & Crime" contains historical events related to more or less famous and sometimes hilarious crimes and some more adult themes, can be played as a stand alone or together with the other sets, which is the best way of playing it. Part of the Anno Domini series