War in the Desert - Universal Statistics 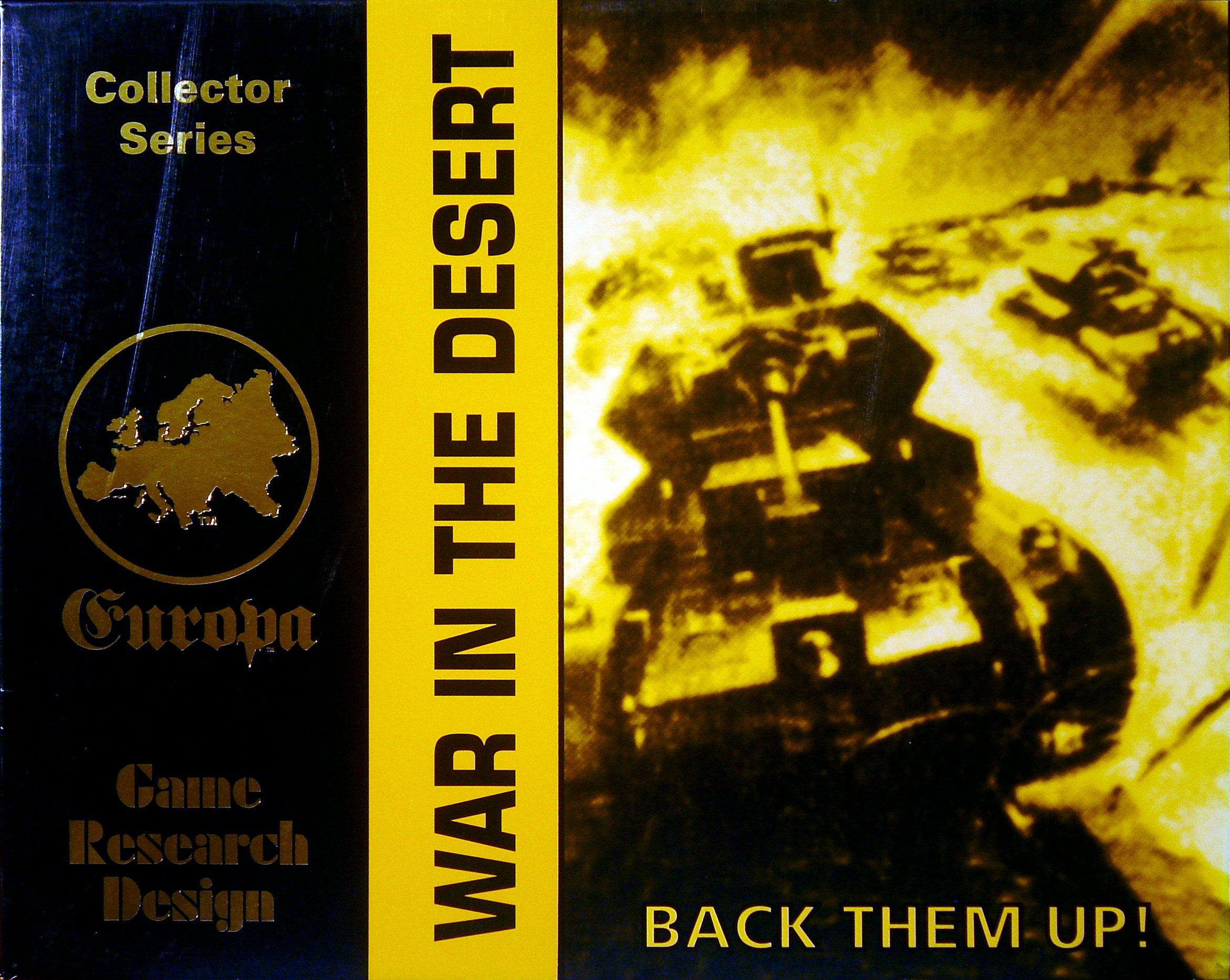 War in the Desert recreates the struggle for North Africa and the Near East. Using standard Europa scales and rules, the game covers the campaigns in the Western Desert, from O'Connor's offensive against the Italians in Dec 40, to the siege of Tobruk and battle of Gazala, through the defeat and pursuit of the Axis forces at El Alamein in Nov. 42; the battle for Northwest Africa from the Anglo-American invasion of Nov. 42 to the Axis counterattack at Kasserine Pass to Axis surrender in May 43; the struggle for control of the Near East, including the pro-Axis revolt in Iraq, the British conquest of Vichy France's possessions, Syria and Lebanon, and the Allied invasion of Iraq. Game Components: 1680 + 560 Die Cut Counters (CS 85-90 and 2 Universal Marker Sheets) Seven Maps (3C - Part; 18A; 19A; 20A; 21A; 22A; 24A; 25A; 32) Rules Book (64 pages) OB Books (Allied - 24 pages / Axis -16 pages) Chart Set ( ) Game Scales: Time: Two Week Turns Map: 16 Miles Per Hex Unit: Divisions, Regiments & Battalions