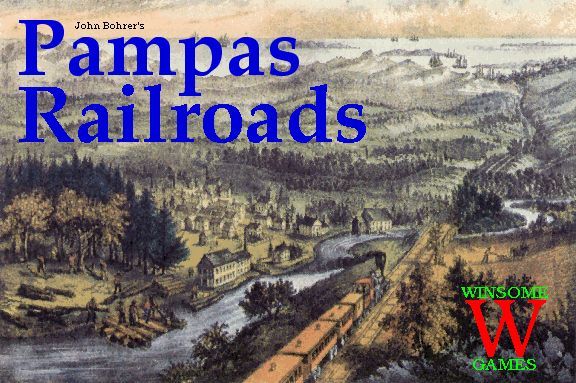 Players vie for control of six railroads in Argentina. A deck of cards (3 Offer Stock, 4 Develop Settlements, 5 Construct Track) is used each round to determine player actions. The deck is passed to the left and an action taken until there is just one action card type left in the deck. Dividends are then paid (based on railroad value and total number of shares), and a new round is started. The game lasts for nine rounds, at which time a final payoff is made based on value, income, and actual shares sold. There are only 5 shares of each railroad available, with the money from the stock purchase going into the railroad treasury. Also, all track construction must be paid for out of railroad treasuries, and the track is drawn along pre-defined routes using plastic crayons. Settlements are developed using player funds, which in turn increases the income available to a railroad. The player with the most money after the final payoff wins. The fourth game in the Prairie Railroads Series.