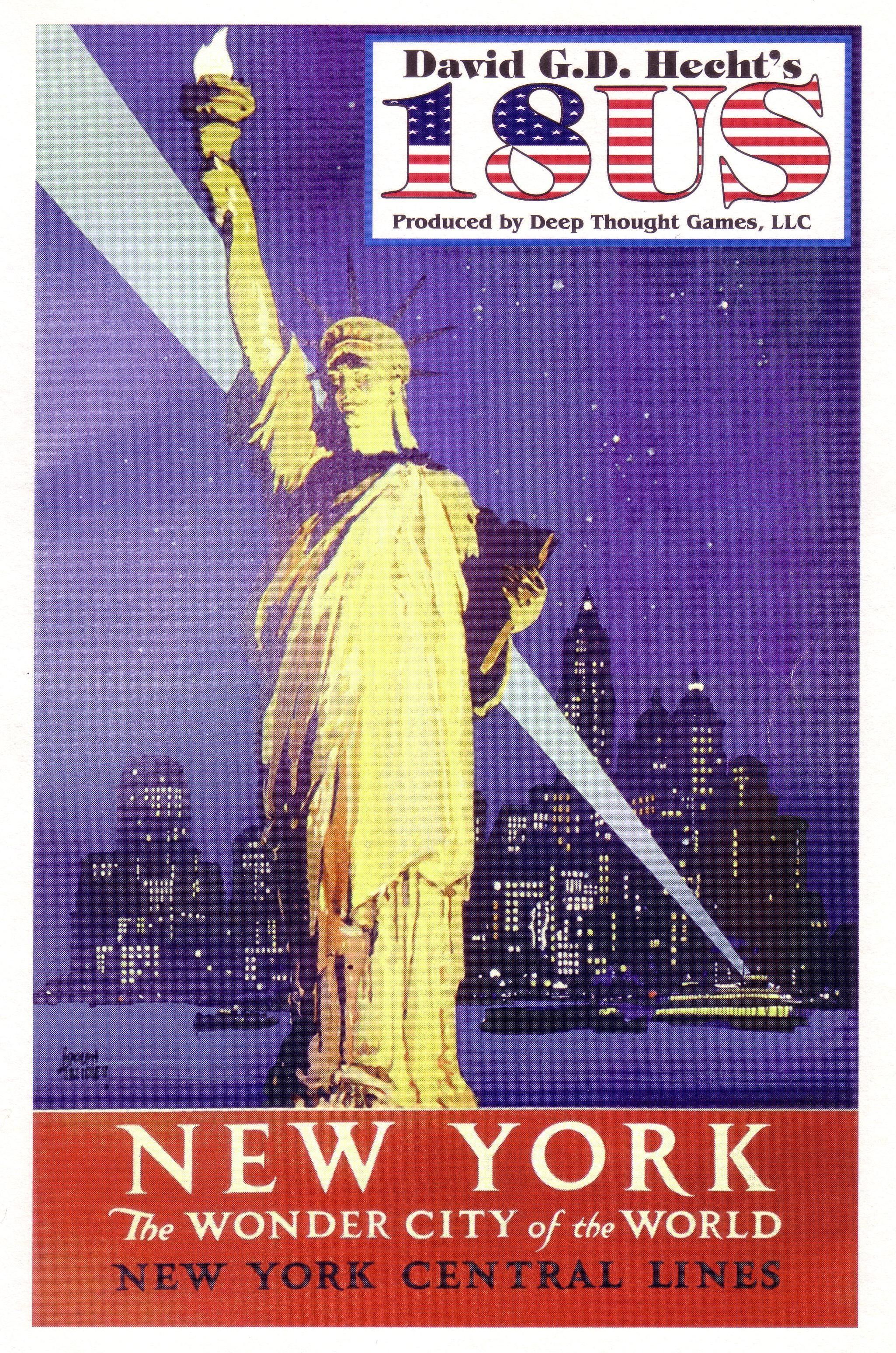 18US is a "high-end" 18xx game of the entire history of US railroading (well, until the 1950s anyhow) on two map panels: twelve companies, four different categories of trains with either two or three levels of each (a total of eleven train types), and a substantially different set of mechanisms than the "classic" 18xx games. 18US is intended to appeal to those players who enjoy such games as 1837: Rail Building in the Austro-Hungarian Empire and 1844: Switzerland: large games with many subsystems.