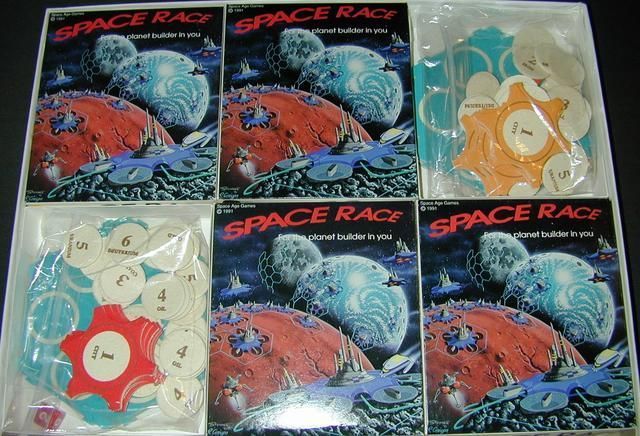 Don't let the flimsy components put you off --this is a good game. It is similar in some ways to Settlers of Catan; here too cities sit at the vertices of hexes, which produce resources. However, the cities move, and the resources aren't renewable. Each player buys a single box containg his colour components; when multiple players meet, the use their combined components. Most of the tiles make up Earth, but some may be used for the Moon and even Mars. Cities begin at Tech Level 1, Stone Age; as you explore surrounding hexes to recover the resources, you'll eventually be able to advance in technology to Iron, Coal, Oil, Uranium and Deuterium. Gold is money. Advance enough in tech, and your cities can go into orbit and eventually reach the other planets. Tech also gives you an advantage in city-to-city combat. The game is very dynamic, since it is over by the time the last resources are harvested.