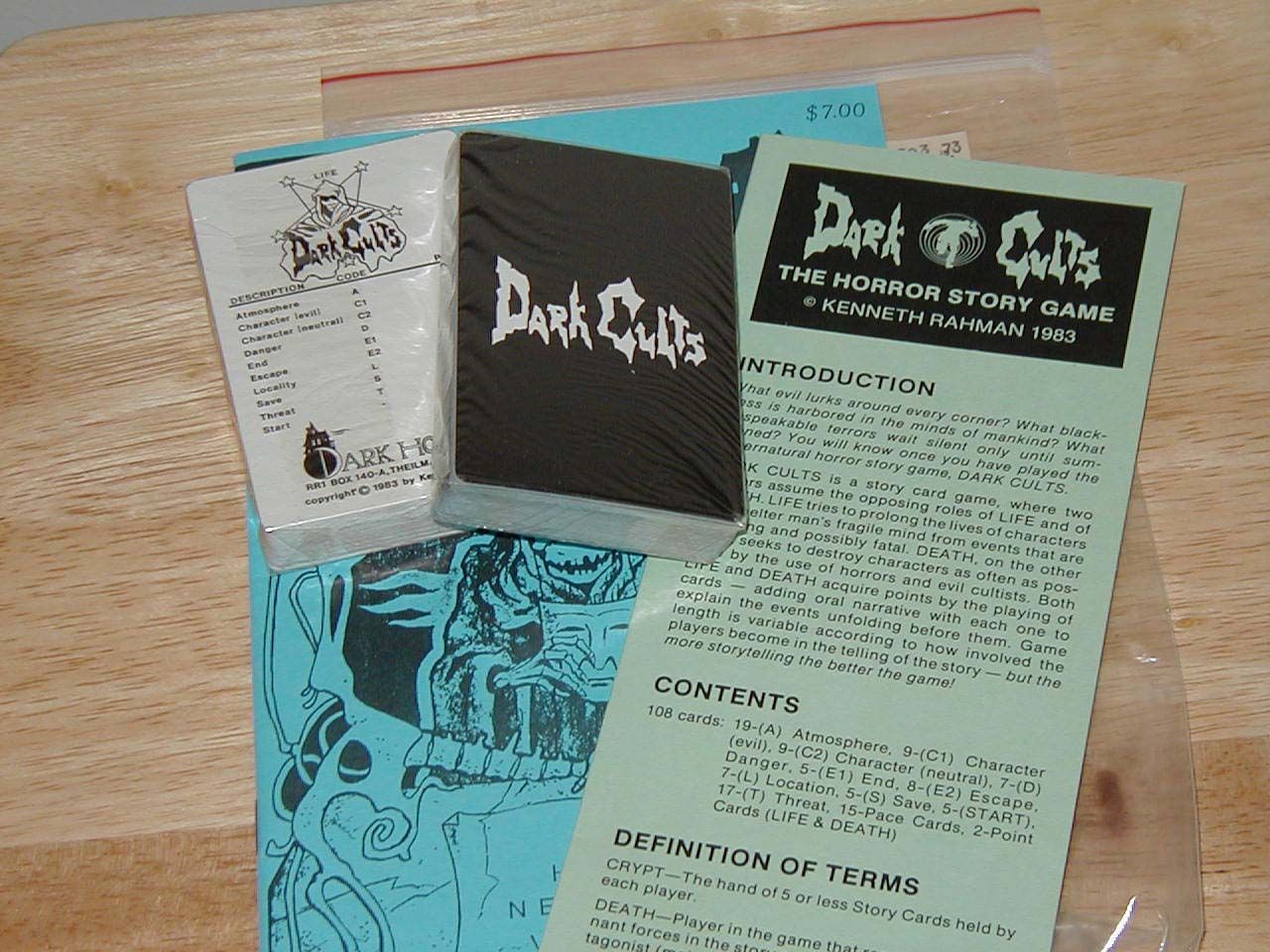 An early story-telling card game from the co-designer of Divine Right and Knights of Camelot. It is a story-telling card game, foreshadowing Once Upon a Time: The Storytelling Card Game. In it, the two players represent Life and Death, respectively, and each tries to guide a horror story to their corresponding outcome. As well as horror, the creator suggests that the game could be used for a science-fiction or mystery story, although the game's cards may be poorly suited to this. The game was packaged with a magazine called The Cultist. It proposed solo and four-player variants, and additional "object" cards for the game.