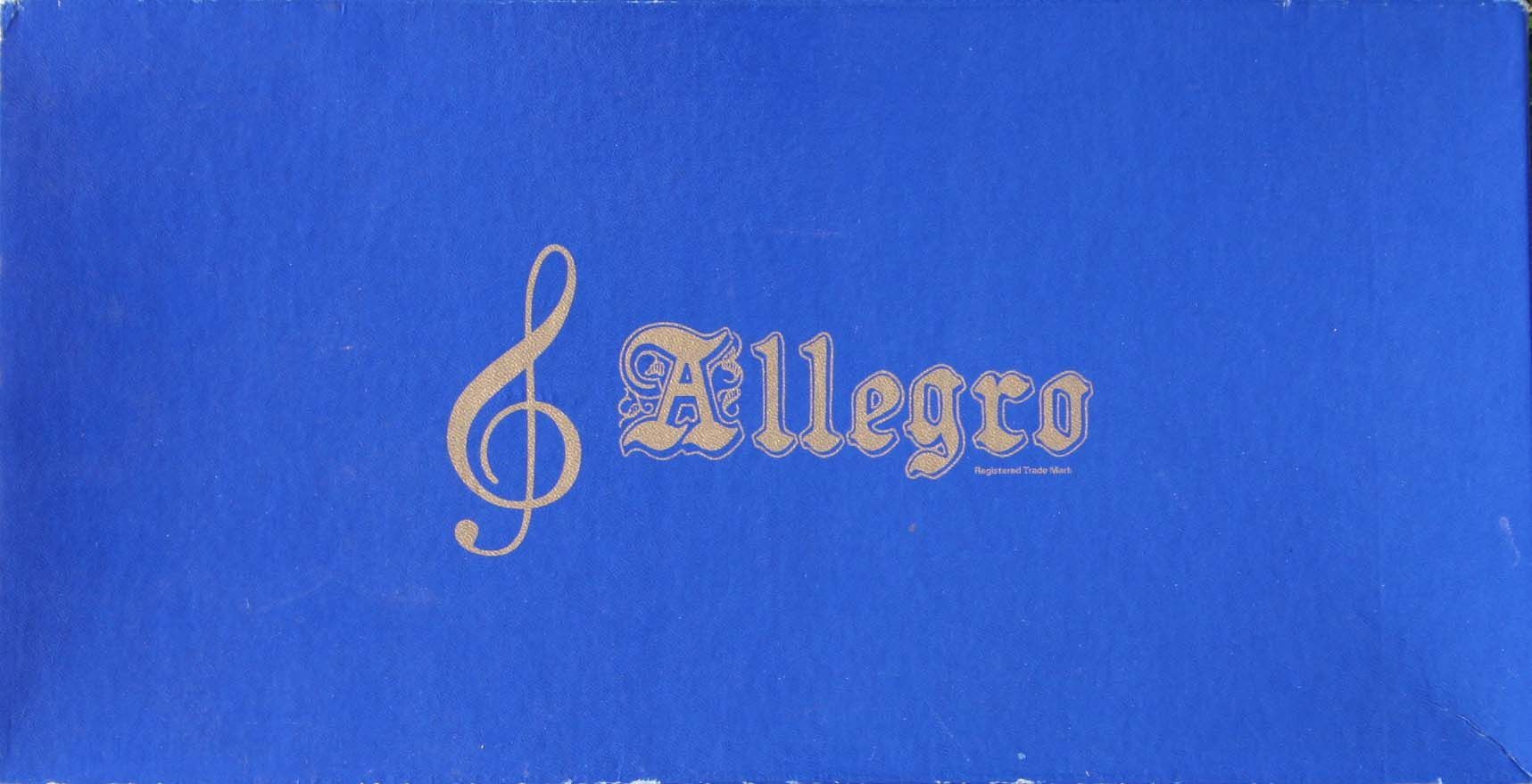 ALLEGRO is a music game requiring no previous musical experience, but may be of value in learning the rudiments of musical notation. Components: Gameboard - with an outer track depicting 28 composers and a central wheel containing a list of actions (forfeits / bonuses etc). 28 Composer cards - each depicting a composer and matching one on the board. Each is colored coded to represent the lengths of different musical notes and has a number from 1 to 6. Each card also has a short biography of the composer, but this is not relevant to the game. 6 playing pieces - each representing a different musical instrument (harp, violin, trumpet drum, piano and saxophone) 1 colored die - each face has a different color and musical note 1 numerical die - D6 Paper money - in 6 colors - each with a musical symbol and name (as for the composers and colored die). Money converter card - this gives the relative value of the each color of paper money. Players throw the two dice which determine a position (composer) on the board to which the players playing piece is moved (i.e. 5 Green is Dvorak). Money is also earned according to the same dice roll - 5 Green means that 5 pieces of green money are received. If the Composer is owned by another player then a forfeit must be paid. If not the Composer may be bought. During his turn a player may also purchase up to 10 pieces of music from each Composer that they own. A supplementary action (forfeit, movement or bonus) is also determined from the inner wheel based on the same dice roll (5 Green for example is "Pass to Bach"). Play proceeds in such a way - move, receive money, purchase a composer/pay a forfeit, purchase works, central wheel action - until one player has purchased 6 Composers - one in each color and amassed 10 pieces of music from each of the composers owned. An advanced version of the game introduces a quiz book round in which players are also asked to attempt a definition of a musical phrase or term. A correct answer results in earning more money.