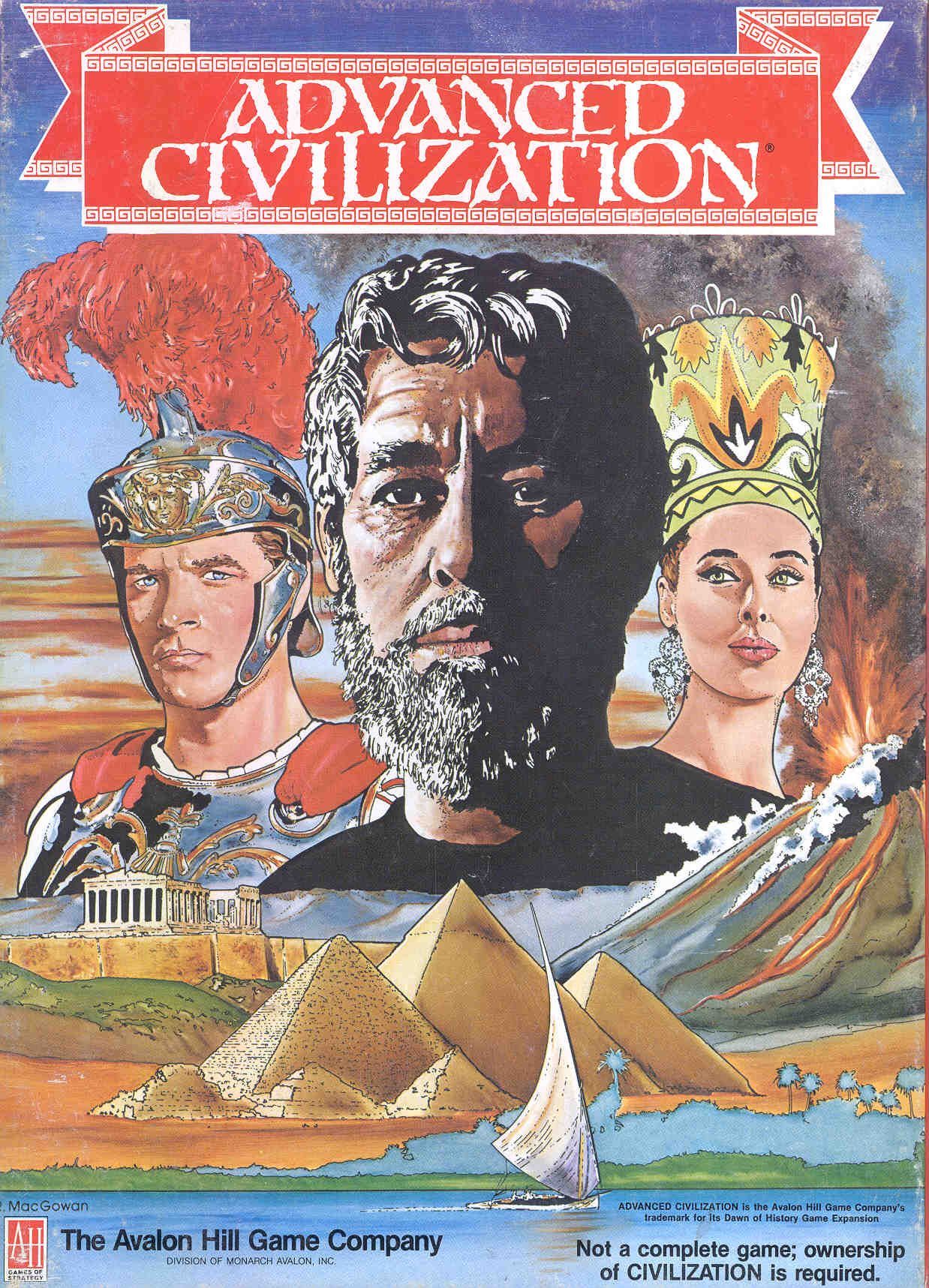 This is an expansion for Civilization. Included are more civilization advancements (both quantity and type), which give the players new options for advancement, as well as a slightly restructured commodity trading round, which has new resources and disasters to be traded. The most significant aspect of the game is a restructuring of the advancement/victory conditions, which removes the limits on advancement cards. Some claim this makes the strategies more homogenous, while others claim the reverse is true. The use of the word "Advanced" to describe this expansion is somewhat misleading. The original Civilization game was already time-consuming and moderately difficult, and the expansion is a reworking of the original game, rather than an additive expansion. Some rules simplify and make the game easier, while other rules like the expanded technology tree are more complex.