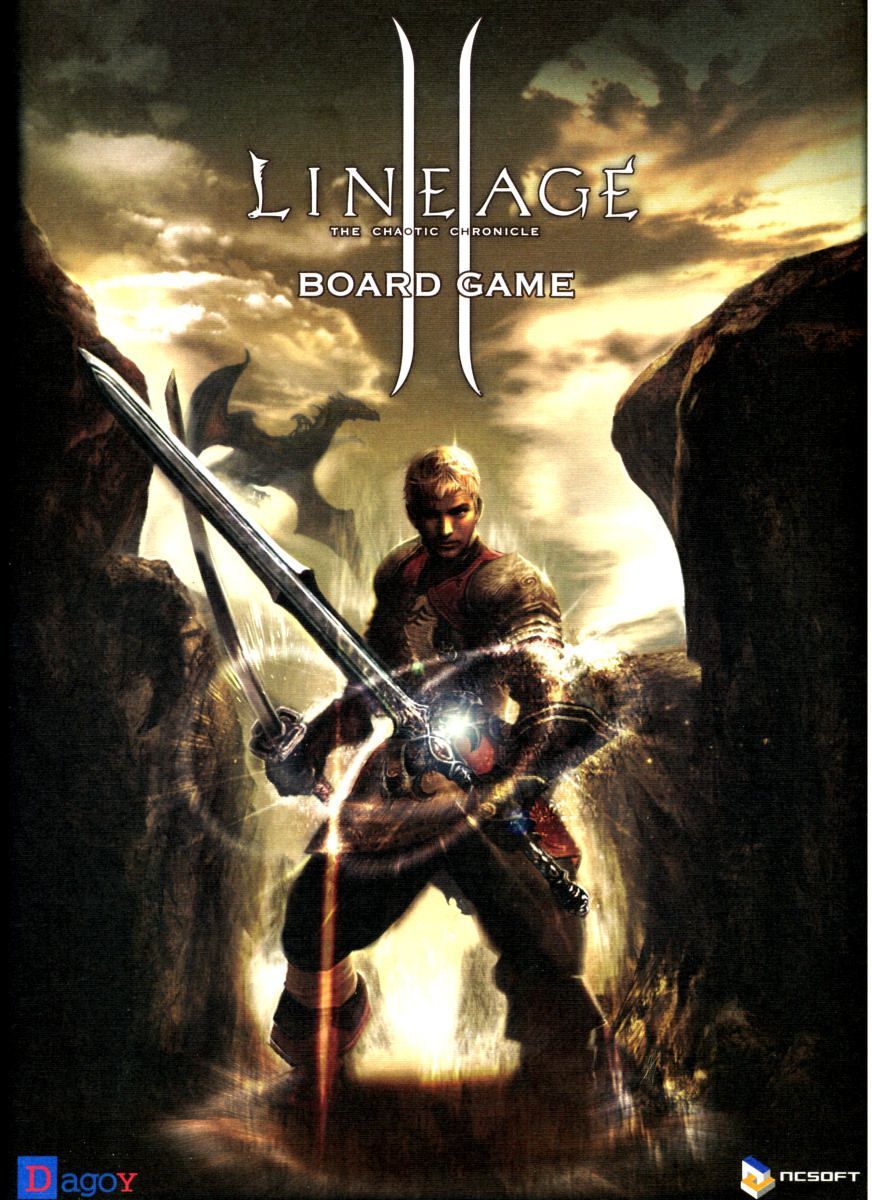 Here is the introduction from the publisher : The story of Lineage II : The Boardgame precedes the original Lineage by far. It goes long back before the history of the usurpation and the revenge between the rightful heir Deforge and the usurper Ken Rauhel. The age of the mighty Titans has ended. The human who are the most prosperous, the noble elves who protect nature, the strong orcs who worship power, the evil dark elves who are driven by vengeance, and the dwarves who are the skillful tradesmen - these five races compete to dominate the world. You will become one of them in this game. Although they want different things, their paths are already laid out by the fate. It is the way of becoming the strongest in this world of grave adventures, glorious victories, oaths of blood and evil treacheries; in order to leave your footsteps in this time of war and chaos. Lineage II : The Boardgame is based on a simple roll and move mechanism, played on a small hex map. Players move around the board to hunt monsters, hire mercenaries and fight castle sieges. VPs are collected by winning siege battles. The first player with 10 VPs will become the victor.