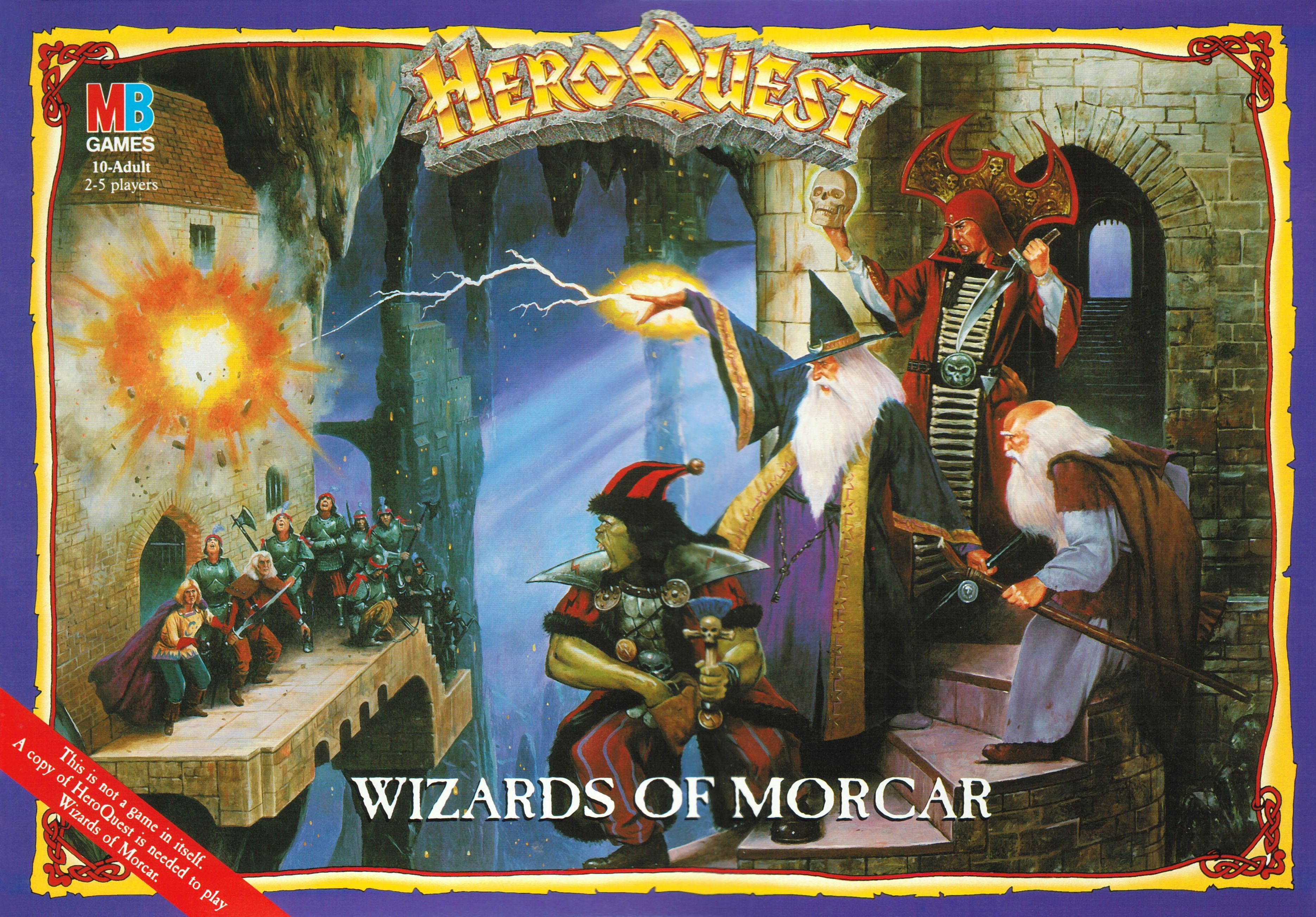 A Glimpse of Chaos As the rain lashed down and thunder rumbled across the sky, a brief flash of lightning illuminated a bedraggled group of travelers. Their slow climb up the rocky slopes to the foreboding tower at the summit seemed to last an eternity. At last the figures escaped the storm and entered a dark hallway. As they peered into the shadows, they saw a sinister figure on a rocky throne. A solitary traveler stepped forward from the huddled and dripping group and addressed the presence on the throne. My lord Morcar, we come bearings grave tidings. We must report the failure of your plan to raise the Ogre Horde against the Empire. Once again we were routed by his accursed Champions and once again we were forced to flee. The figure on the throne shifted and a voice like death broke the silence. I am aware of your failure, Festral. But as in all things I have learned from my failures. Firstly I have learned not to underestimate the Emperor’s Heroes. Secondly, I have learned not to rely on fools. I have therefore conceived a new scheme to destroy the Emperor’s Heroes forever. I have chosen four Lieutenants to carry out my plan. Come forth my Lieutenants. With that command, four silhouettes stepped from the shadows. Let me present Zanrath, High Mage of Sarako. An ancient bearded man wearing a pointed hat and carrying a staff topped with a crescent moon bowed down towards Festral and his retinue. Fanrax, the Malicious. At the mention of his name, an evil-looking man adorned with skull symbols and toying with a wickedly sharp dagger gave a sneering smile at the group. Boroush, the Storm Master. With sweep of his oaken staff, a ragged and bearded figure greeted the refugees. And finally, Grawshak, Orc Shaman of the Northern Tribes. The last of the four Lieutenants, an Orc decorated in skins, feathers and skulls, carrying a massive totem wand growled what might have been a greeting or a curse at the party. I believe that these four Sorcerers will succeed where you have so miserably failed. And it is they who will punish you for your failure. With this final word, Morcar disappeared into the shadows. From here he watched with great satisfaction as his four sorcerous Lieutenants erased all trace of Festral and his followers. Mocar smiled. These were indeed the ones who would finally destroy the Emperor’s Heroes forever. Expands HeroQuest