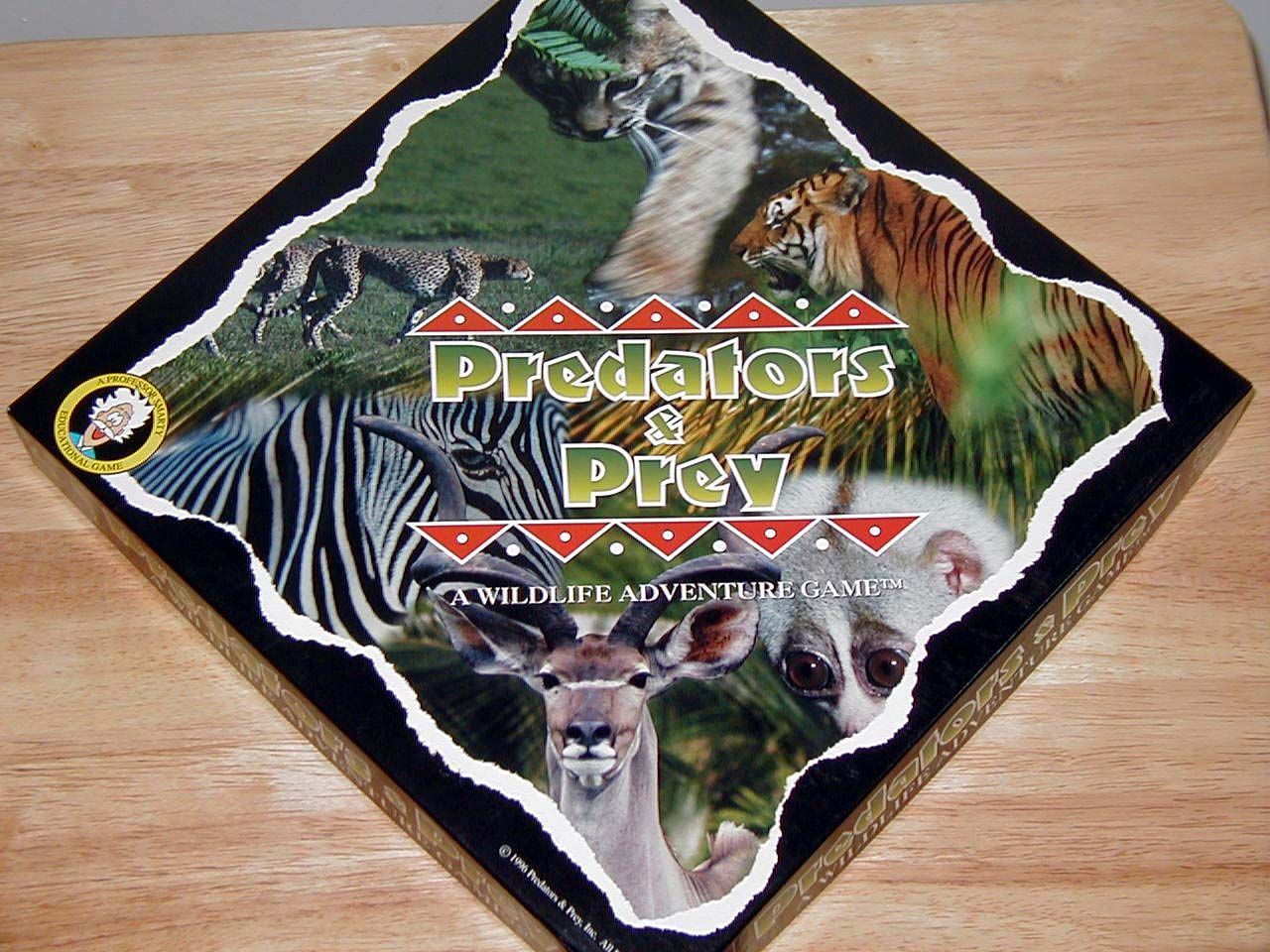 The theme of this game is summed up in the title. Players are dealt a hand of six cards, each depicting animals. Each animal is labeled as either PREY or PREDATOR and has a numeric value based on its strength in the wild. Players also have a playing piece that's actually a small plastic animal (my set has a zebra, a gorilla, an elephant, and a rhinoceros). On a player's turn, she may either toss their hand and draw six new cards or play a PREY card face up. Then, going 'round the table to the left, each player may play a PREDATOR card of equal or greater strength. The next player in succession can only play if their PREDATOR card is of higher strength than any previously played predator. Also, any predator played against the prey must also inhabit a common continent with the prey (color coded spheres on the cards--see, educational). If no PREDATOR cards were played, the owner of the PREY card moves forward the strength of that card. If one or more PREDATOR cards were played, the owner of the highest one played battles the owner of the PREY card via an on-board spinner. A player spins and consults the difference in value between the predator and prey (four possibilities: 0, +1, +2, or higher). Wherever the spinner stops, simply check to see the color of the difference in values. If that number is yellow, the prey escapes, if it's red, the predator "captures" the prey. The owner of the winning animal card moves forward a number of spaces equal to the PREY card's strength. The spinner is divided into only five segments. Four seem to be of equal size and the larger one (about 40% of the dial) is all yellow. So, the odds are with the prey. But with a more-than-plus-two differential, there's less than a 15% chance of escape. At the end of a player's PREY turn, she replenishes her hand to six cards. The movement track is 50 squares long. First animal playing piece to the end is the winner. This is probably not technically a children's game, but I think that's the audience that it suits best (though the idea of those cute little animals being "captured" by predators might be a bit much for some kids).