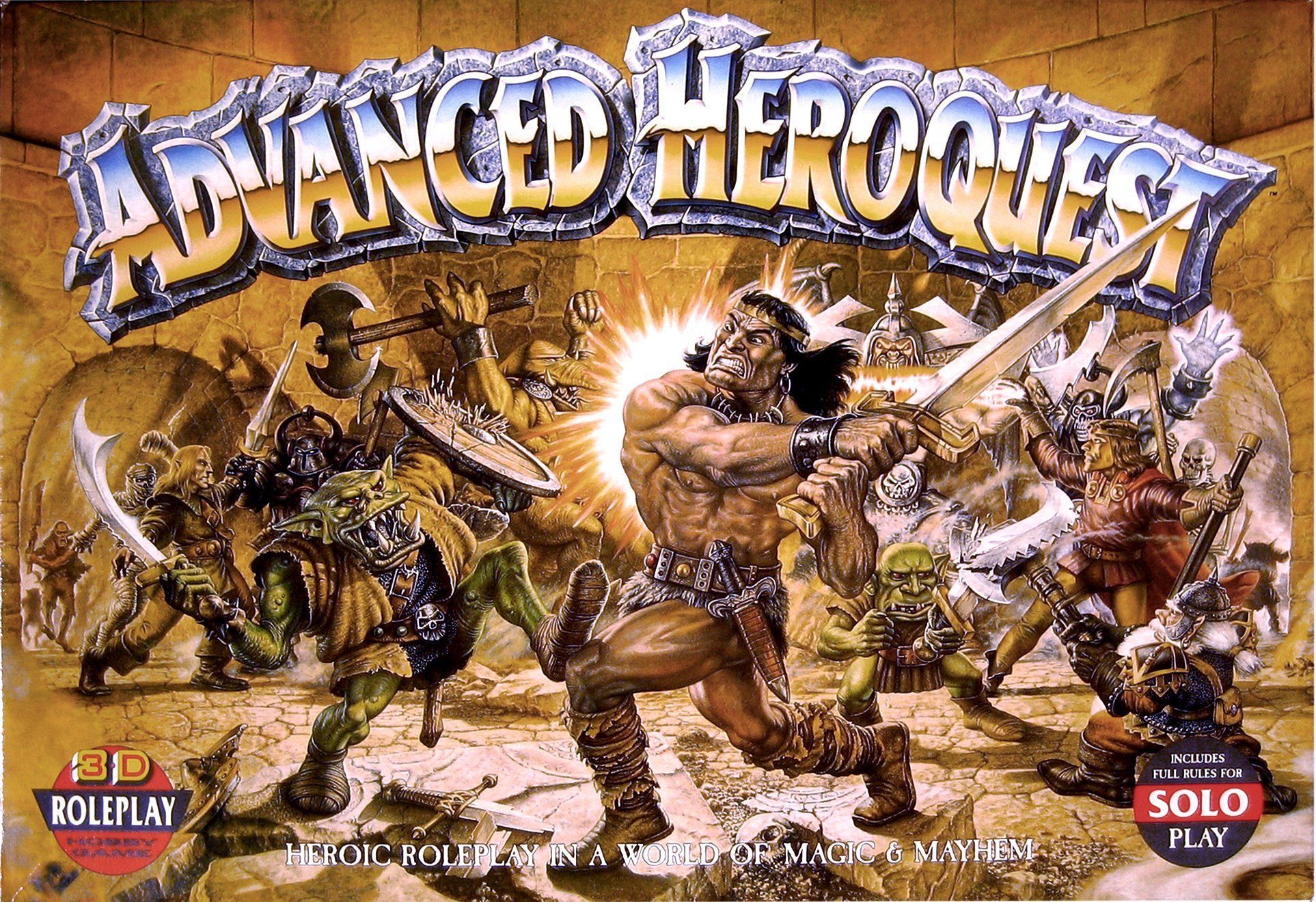 Advanced HeroQuest is a revised and expanded version of the Milton Bradley HeroQuest game. The basic concept is the same: four heroes venture into a dungeon to fight monsters and gain treasure, but Advanced HeroQuest's rules are more detailed and complex. The major additions and changes include: random dungeon generation system modular game board ranged combat multiple colleges of magic and spell books henchmen critical hits and fumbles fate points (the "undo" feature) Games Workshop set Advanced HeroQuest in the Warhammer universe, presumably to foster sales of their miniatures. The campaign world is easy to ignore, however, should players rather keep things generic. Advanced HeroQuest also includes rules for using the characters and monsters from HeroQuest, should players want to do so. The game is supplied with Skaven figures that make up the quest within the rulebook. The exact same Skaven, henchmen and hero miniatures were also included in Mighty Warriors, also by Games-Workshop. The following White Dwarf issues contain adventure scenarios, spell lists, or other information for Advanced Heroquest: Issue #121 The Quest for Sonneklinge (scenario and Jade spell list) Issue #122 The Priests of Pleasure Issue #125 The Dark Beneath the World (scenario and Amethyst spell list) Issue #134 The Trollslayer's Oath Issue #138 Henchmen (new followers for AHQ: the Dwarf Trollslayer, the Elf Wardancer, the Human Captain, and the Wizard's Apprentice -- this material is duplicated in Terror in the Dark) Issue #139 Treasure (This material is also duplicated in Terror in the Dark) Issue #145 The Eyes of Chaos (has rules for both AHQ and HQ) Issue #150 The Changing Faces of Tzeench Issue #159 Rivers of Blood Advanced HeroQuest: Paint Set has replacement heroes and additional minis.