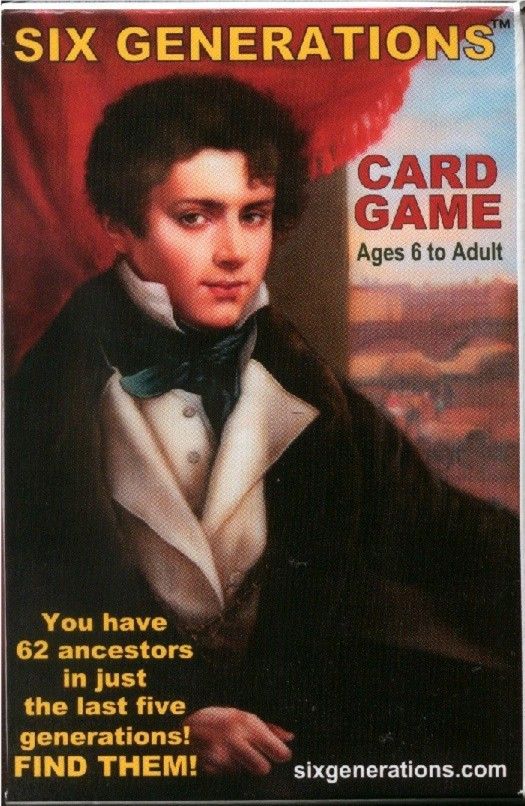 From the Publisher: SIX GENERATIONS. This is an educational card game for people of all ages, children and adults. One to 12 players create a family tree of 64 characters spanning six generations. Each character is "born" into the game with his or her own story of genealogy, ancestors and matchmaking. Players will learn 72 most popular male and female first names, look at ethnic costumes of Europeans and Americans and memorize 20 European countries and regions. The game SIX GENERATIONS follows the history of the United States in the 19th and 20th centuries' period of European immigration. The number of stars on the American flag increases as the nation grows. Children will realize how many ancestors (62!) lived through just the last five generations to make their own life happen! The game represents six generations of a family who came from Europe to the United States in the first half of the 19th century. The latest generation consists of Emily and Jacob, brother and sister living in the United States of 2005. As the cards are played, five generations of Emily and Jacob's ancestors will appear. Players are dealt 6 cards each and take turns to add a person to the family tree, starting from the European generation and adding descendants, and drawing cards when unable to play.