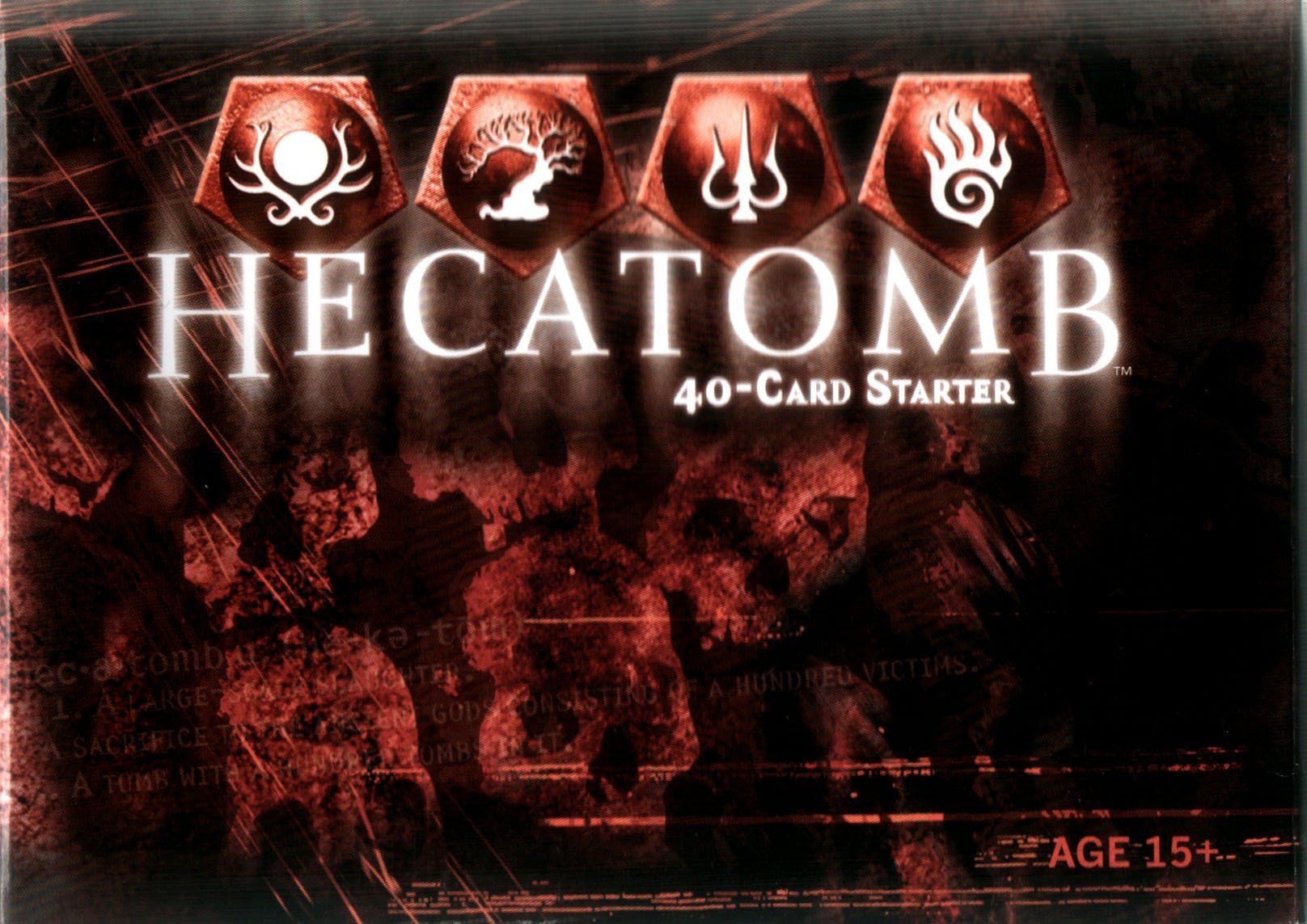 Collectible card game Released by Wizards of the Coast on August 18, 2005. From the Wizards of the Coast web site: In Hecatomb, each player is an Endbringer, an evil genius bent on the destruction of the modern-day world. Endbringers summon monsters from myth and nightmare, breeding hybrids that can destroy an enemy's forces, eventually building up enough power to destroy the world. After a world is destroyed, the Endbringers travel through dimensional portals to other, parallel worlds where the contest begins again. Hecatomb's unusual stacking mechanic gives the game a three-dimensional feel. Five-sided Hecatomb cards depict a variety of horrid creatures, from terrible beasts and demons to crazed shamans. Cards feature four clear edges, with scores for power and abilities on the fifth edge. Players can create frightening creature hybrids called Abominations by stacking cards on top of each other. Each Abomination combines the powers and special abilities of all the creatures used to assemble it. The clear edges allow players to see the total power scores and abilities of up to 5 cards stacked together. Designed for two or more players, Hecatomb's base set is made up of 144 cards. The starter game contains 40 random cards, a rulebook, and a counter sheet, and had a suggested retail price of $12.99. Booster packs contain 13 cards and had a suggested retail price of $4.99. This game has been discontinued as of 5/24/2006 there were two expansions for it: Last Hallow's Eve: Released 10/28/2005 (144 new cards) Blanket of Lies: Released 02/24/2006 (72 New Cards)