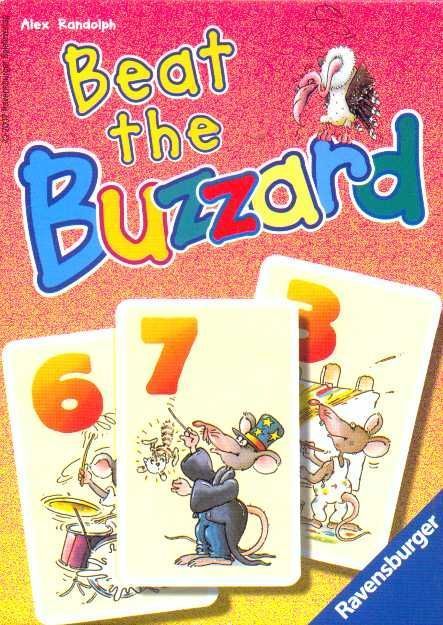 Rarely is a game broken down to its barest elements like this one (one of the others being For Sale). Raj was originally printed as Hol's der Geier. Its main 'simultaneous action' mechanism has been used numerous times: most recently as Sky Runner, or Olympia 2000 (v. Chr.), or even For Sale to a certain extent. Players are given an equal deck of cards from one to fifteen. Each turn, a prize tile is randomly selected from a pool. The prize tile either has positive or negative points, and each player is attempting to gather the most positive points from these prizes. Players secretly select one of their remaining fifteen cards, and reveal them simultaneously. The highest card gets the prize (if positive), or the lowest card get the prize (if negative). However, if two people play the highest (or lowest) card, they cancel each other out and the prize goes to the next in line... Online Play Boardspace.net Real time, against humans or robot players