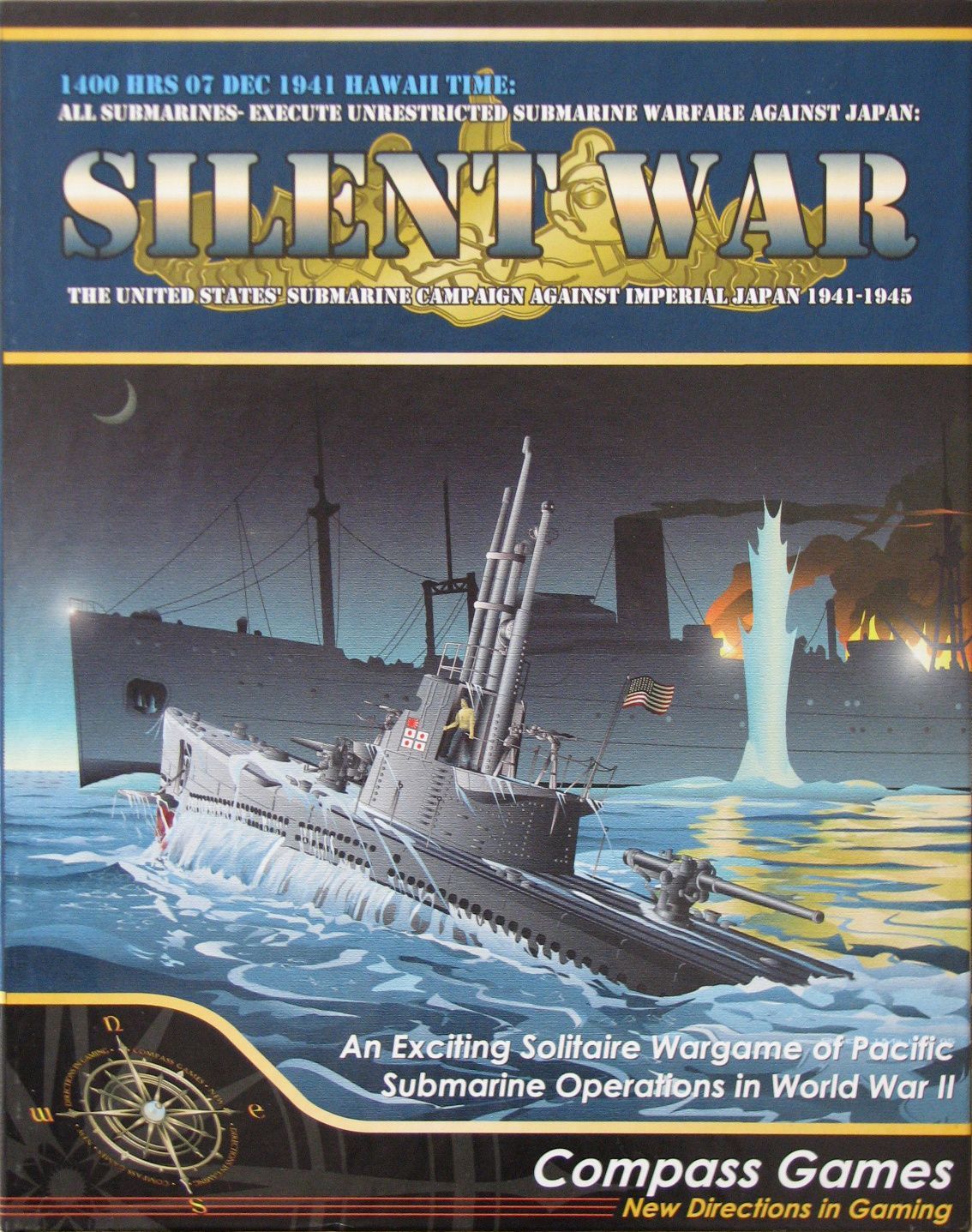 Silent War is a solitaire simulation of the United States' submarine war against Imperial Japan during the Second World War. The scenarios allow players to recreate various stages of the war or the entire campaign. In each of these scenarios, the player takes on the role of Commander Submarines, US Pacific Fleet (ComSubPac), deploying available submarines from either Pearl Harbor or Brisbane in order to attack the Japanese Navy. Additionally, in the patrol game, using single submarines, players can recreate some of the war's most famous patrols. The amount of flexibility the game allows the player is tremendous, a single submarine patrol can be completed in 10 minutes, the various campaigns can be completed in 10 or more hours depending on which campaign you play and your progress as commander. Every American submarine that was deployed to the Pacific in World War II has its own oversize easy to handle counter in the game. Each counter has the correct side view illustration in color for that class of submarine. The game map covers the huge expanse of the Pacific Theater of submarine operations from the Aleutians to Australia and from Samoa to the Sea of Japan. The map encapsulates most of the information a player needs to play, with a unique set of easy to use graphic charts. The rules will have the player running his first submarine patrol within 45 minutes of opening the game box. Special rules include American torpedo improvement, ultra, submarine repair and readiness, wolfpacks, campaign and combat events, war progress, patrol and search, TDC solutions, merchant shipping, Japanese battleship doctrine, two player rules and more. Can you as a submarine fleet commander best the historical submarine commanders and sink more ships and tonnage than the American commanders or will you wash out and be retired to a desk job? Components: 1 28"x22" map 5 counter sheets, mounted, die cut and full color printed on both sides: 3½ sheets of long (1.3"x0.65") submarine counters 1½ sheets of large (0.65"x0.65") counters. 4 8½"x11" full-color play-aid charts and displays: 1 single-sided combat display 1 single-sided submarine tender display 1 tables and charts display 1 counter explanation chart/sub comparison chart 1 24-page rules book 1 24-page scenario book 1 10-sided die 1 full color box and lid