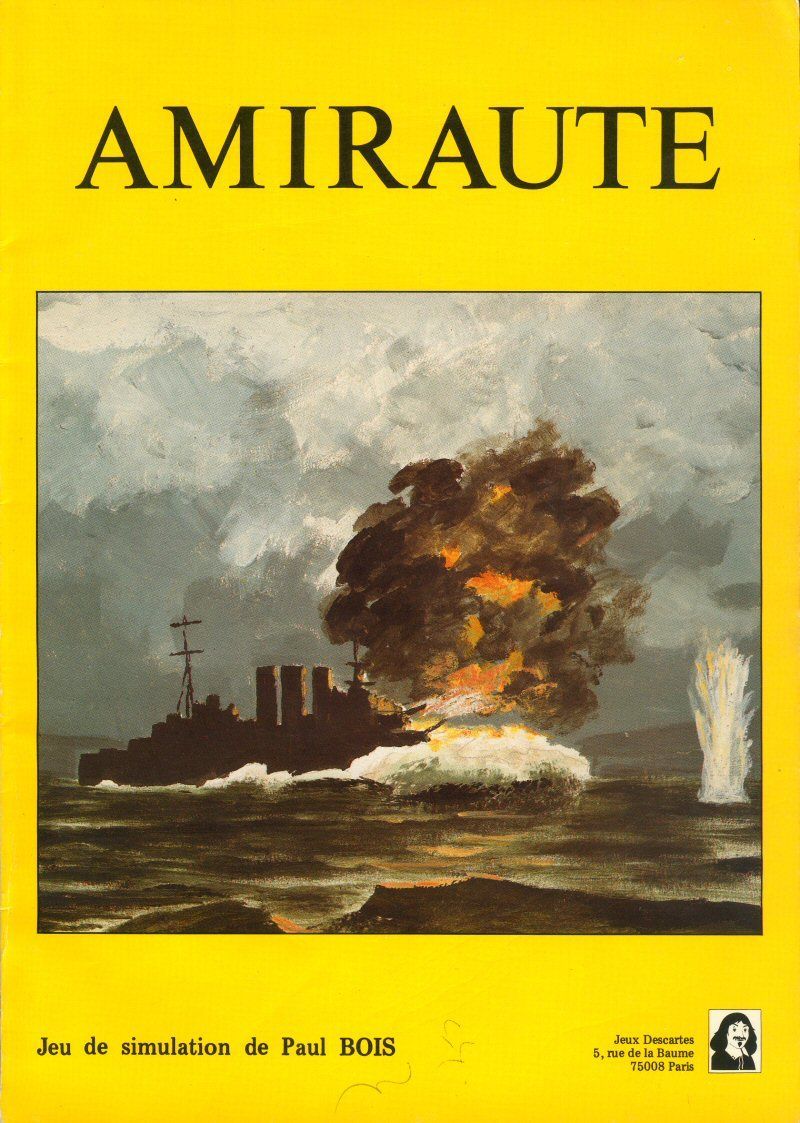 This is French rule set for WW2 naval combat. This is not a true miniature game, as you don't need miniatures to play with it, although it looks better with. This is not a classic wargame too, because there is no mapboard or counters, but cards for ships. The rules are very simple. Basically, blank sheets and pencils are the only things needed to start playing. What you need to play: rules ruler, protractor, pencil, eraser two 10-sided dice a referee (better) Scale: strategic moves : 1 cm = 10 km tactical moves : 1 cm = 100 meters miniatures (if used) : 1/3000 strategic turn : 1 to 4 hours tactical turns : 5 minutes Naval units: each ship is described on a card with its size (length, width), armor, detailed weaponry (diameter, range), max speed, defensive value (calculated from tonnage, vertical and horizontal armor, age). Air units: air units are defined by their max speed, range, weaponry and defensive value. Combat: Combat is resolved with tables. Combat against ships is resolved with a probability of impact check, then computing the number of hits, then the damage. For torpedoes, there are tables using torpedo length, speed, angle and distance parameters. Anti-aircraft fire is handled globally for air to naval attacks and air to ground strikes. Damage can have effects on speed and attack capabilities. The main difference with other (miniatures) naval rules is that Amirauté is not purely a tactical game for ships. It is very detailed with guns rate of fire, penetration, but it is also a campaign game for operational scenarios with rules for aircraft, naval bombing and so on. For example, you can play the exactly same scenarios as Avalon Hill's Flat Top, not only the battles. Plays best with a referee.