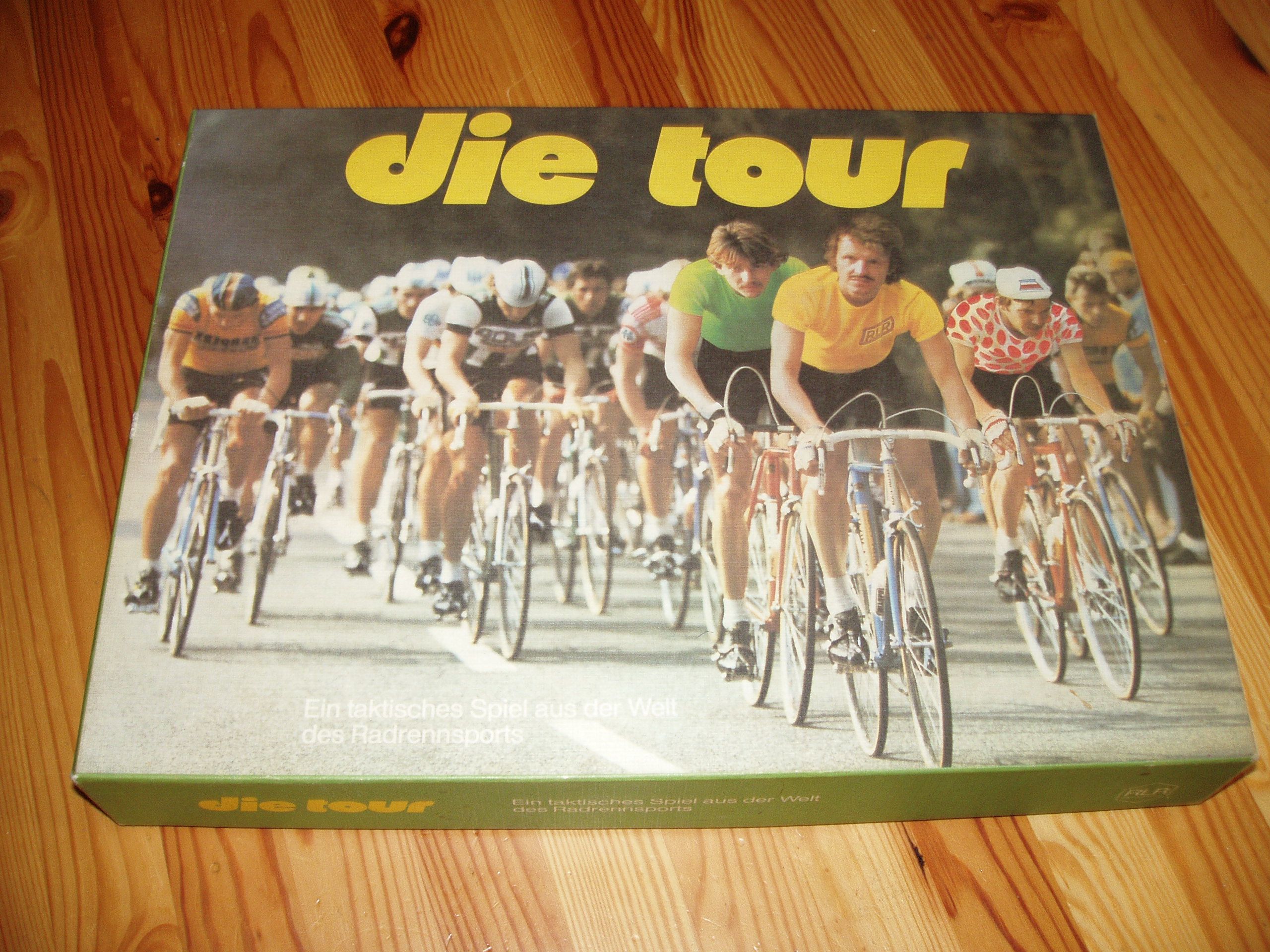 One of the most interesting bike race games with a "Tour de France" theme made ever, but unfortunately also one of the rarest, because only 300 boxes were produced by the authors in 1981. And that´s a pity, because all the ingredient's of a great game are there. Die Tour is a card driven game and all players have 15 cards (1 card = 1 turn) at the start, which they have to work with, until only 2 are left and the hand is filled up again to 15 cards. On these cards are four numbers (= number of fields, the drivers are allowed to move), one for each of the drivers, every team has at the beginning and sometimes special moves for special situations. Each number has to be attached to one of your drivers and the decision how to divide them, is yours. Rules for group splitting, mountain races, single driver time races and slipstreaming are included in the basic game, but there exists an (even more rare !) advanced rules set, which the authors played with their gaming buddies. Besides various modifications to the basic version, this advanced rules set includes additional rules for group slowing, card exchanges, team time races and more. Die Tour allows single races (about 60 minutes playing time and there are flat, mountain and time race stages) or an entire campaign game, which is a series of connected stages. Since there are various roads to victory (champion, best mountain driver, highest points and best team), the campaign game is of course the most interesting way, to play Die Tour, because it reduces the effects of luck. But the kings way, to play Die Tour, is to race a campaign game over many gaming nights and to give little prices to the winners in the different categories every evening and bigger prices for the final winners. An extremely hard to find game, but if you see it somewhere (best chance probably : On flee markets in Berlin-Germany, because the authors are from there), grab it immediately, because you will not regret it !