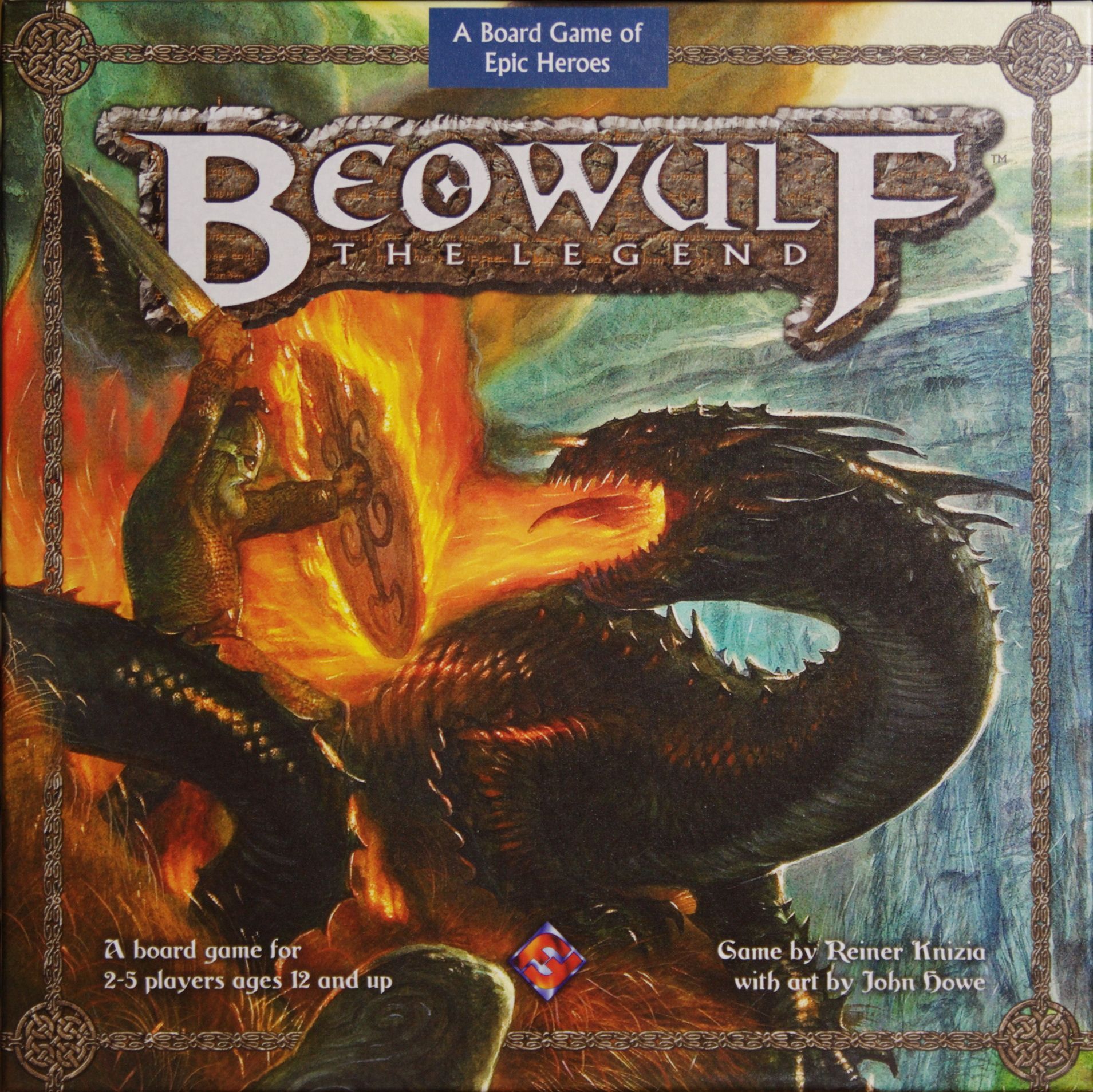 (not to be confused with Knizia's Beowulf: The Movie Board Game) From FFG Spring 2005 Catalog: The fascinating legend of the great hero Beowulf is told in one of the oldest works of English literature. This game relives the legend of how the Geatish warrior Beowulf comes to the aid of the Danish King against the fearsome monster Grendel, how he returns to his home in Geatland to become King, and how Beowulf meets his end when fighting the terrible dragon. Beowulf the Legend, designed by renowned game designer Reiner Knizia, invites you to accompany the mighty hero as one of his brave comrades. Will you become the most renowned warrior and succeed Beowulf as king? Only the strongest will prevail! The game consists of a series of auctions depicting different events in the legend of Beowulf. Players "bid" in the auctions by offering up cards representing the skills they will offer to help Beowulf succeed (fighting, cunning, etc.) in an attempt to earn rewards of points or powerful cards, or to avoid injuries or other penalties. Players can also take a `Risk' and draw two cards from the deck to bid with. But if the cards don't match the current auction, the player is forced to drop out. Players need to carefully manage their hands and the timing of when they choose to take risks to increase their chances of winning.