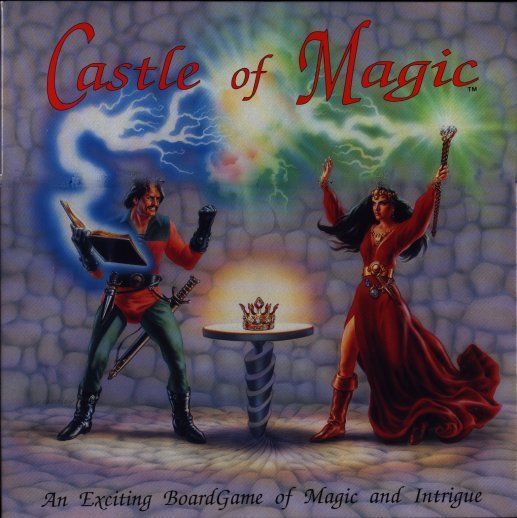 A Monster is lurking in the depths of Castle Bondi. The rulers of three neighboring countries journeyed to the Castle to vanquish the monster, but were themselves devoured. When they died, the three items of Power -- a Crown, an Amulet, and a Scepter -- were lost with them. You and your mysterious companions have come to the Castle to regain these items and cast the Ritual Spell. This Spell will either banish the monster forever or make it a Wizard's slave. Each of you is a member of one of three Wizard Guilds -- the Eagle Lords, the Wolf Mages, or the Dragon Masters. Some of your companions may be from your Guild, and perhaps you can work together. Others may be from a Guild you oppose. There are many secrets to be discovered in the Castle and dangers to avoid. Each of you vies for one of the three countries: Marus, Kida, or Sorrell. Learn which Item of Power -- Crown, Amulet, or Scepter -- must be won to rule your country. Discover how to cast the Ritual Spell so that the fate of the Monster is decided to your advantage. There are eight possible results for the Ritual Spell, some of which lead to death! Most importantly, uncover secrets about the other players and what devious goals they have. Find other Wizards you can work with in order to win together. Expanded by: The Castle Cursed The Fall of Castle Bondi