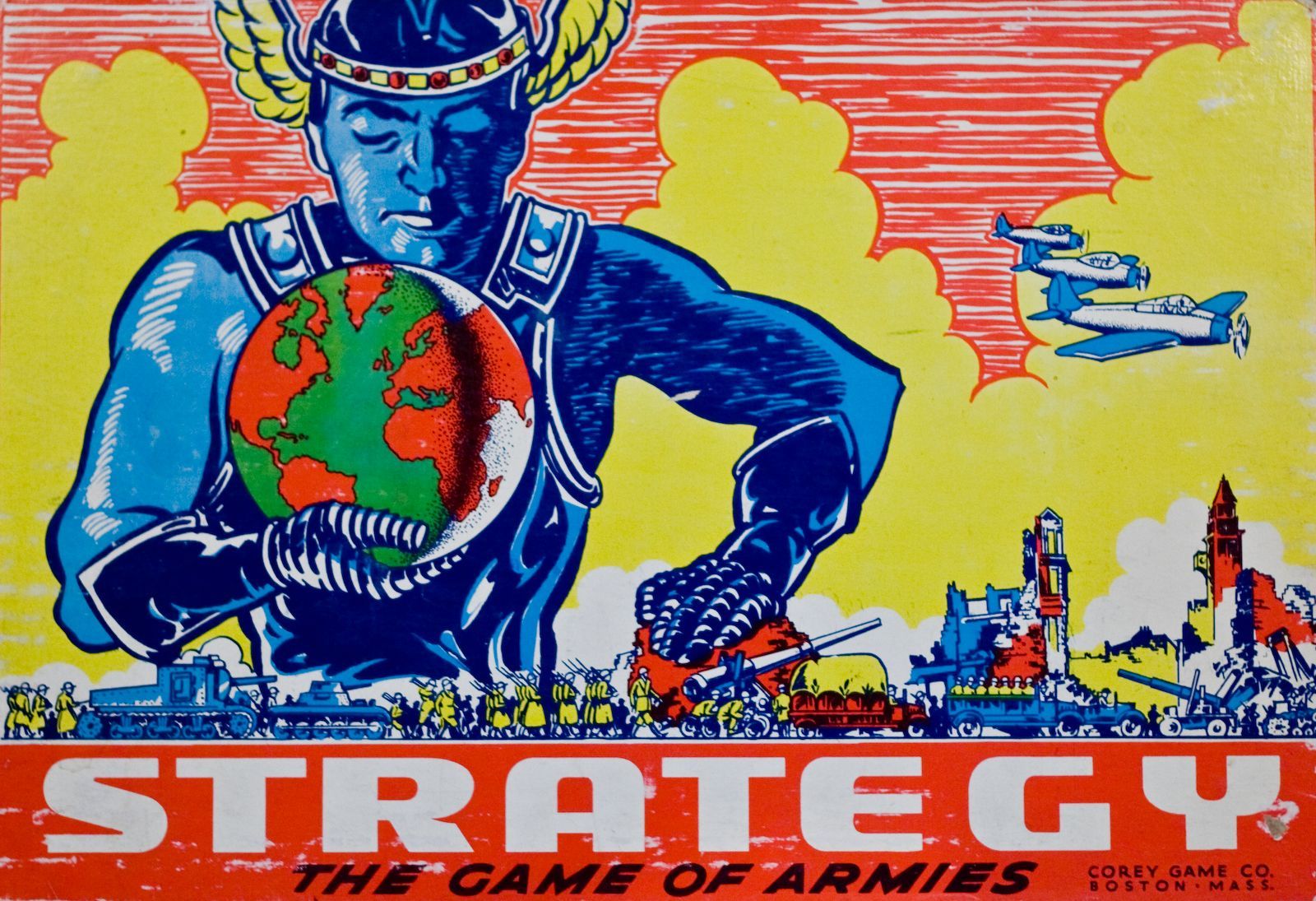 The game of Strategy is played upon a board representing a battlefield, between players who move pieces representing the soldiers and guns of opposing armies across the board and against each other in maneuvers resembling warfare. Each player is equipped at the beginning of the game with an "army" of twenty playing pieces, sixteen representing soldiers and four representing guns. The board is divided into sectors, if a gun is in a sector, it controls the sector and captures all opposing pieces in the sector. The object is to capture the enemy capital while preventing the enemy from doing the same. A roll of the dice determines how many pieces a player may move in a turn.