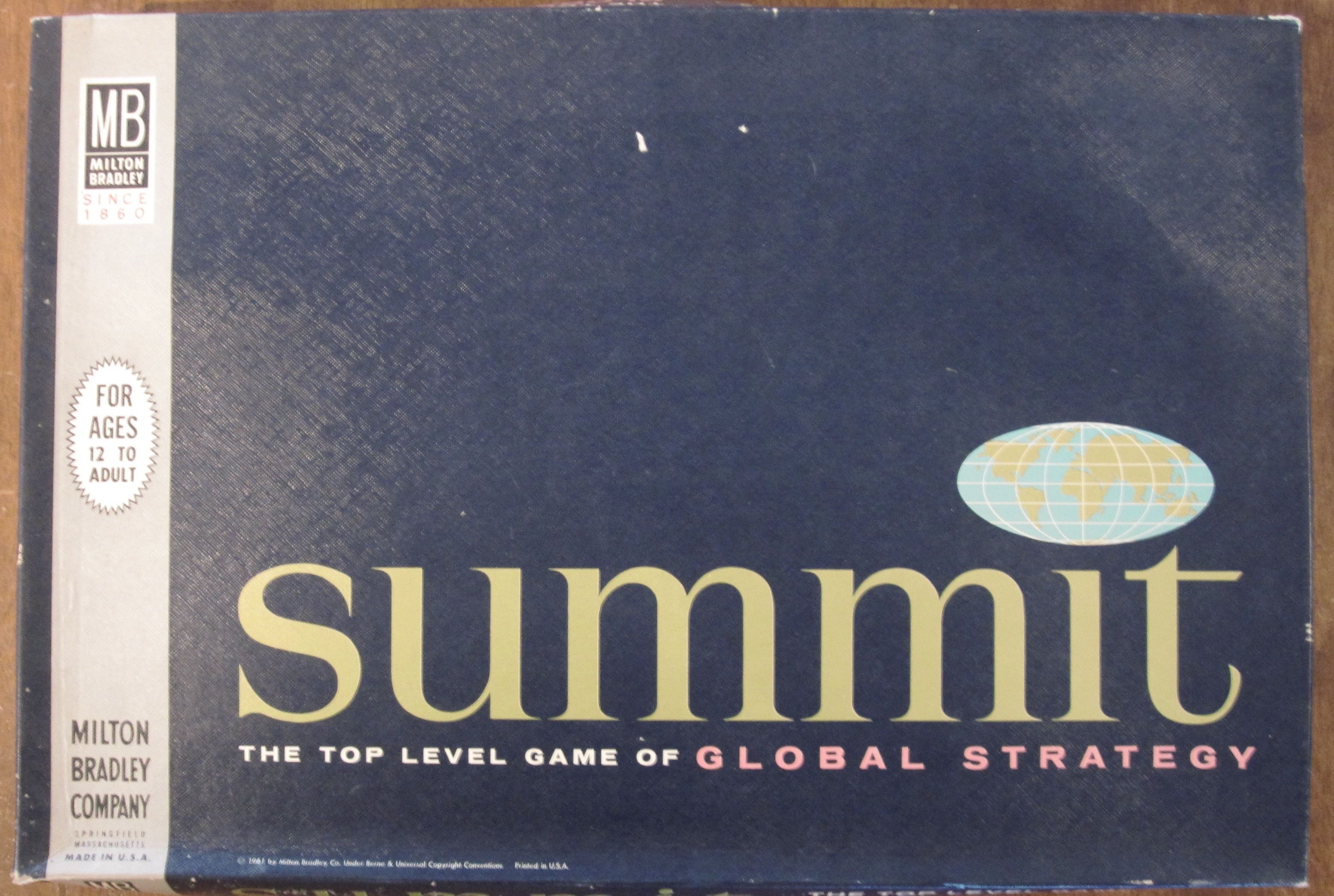 A simulation of the Cold War. Each player (a major power) allocates his resources to building military bases, steel mills or consumer goods factories both home and abroad. Since foreign presences are essentially mutually exclusive, a lot of shouldering aside goes on. Control of non-player states scores points, as well as consumer goods factories. Military bases don't score anything, but they protect your influence over another country. The players accumulate chips representing their overall power on the military, industrial or political spheres, and use those chips to exert pressure on other players. For example, you can "demand" that a player withdraw his steel mills from a country you consider to be "yours" by paying a chip (of any colour). The other player either complies or counters with a chip of his own. This can escalate until either player buckles. Escalate too much and you leave yourself open to "attack" by other players later on. Random events complicate matters. Alliances can be precious, but only one player will win...The game takes its name from the Summit events, which are scoring rounds.