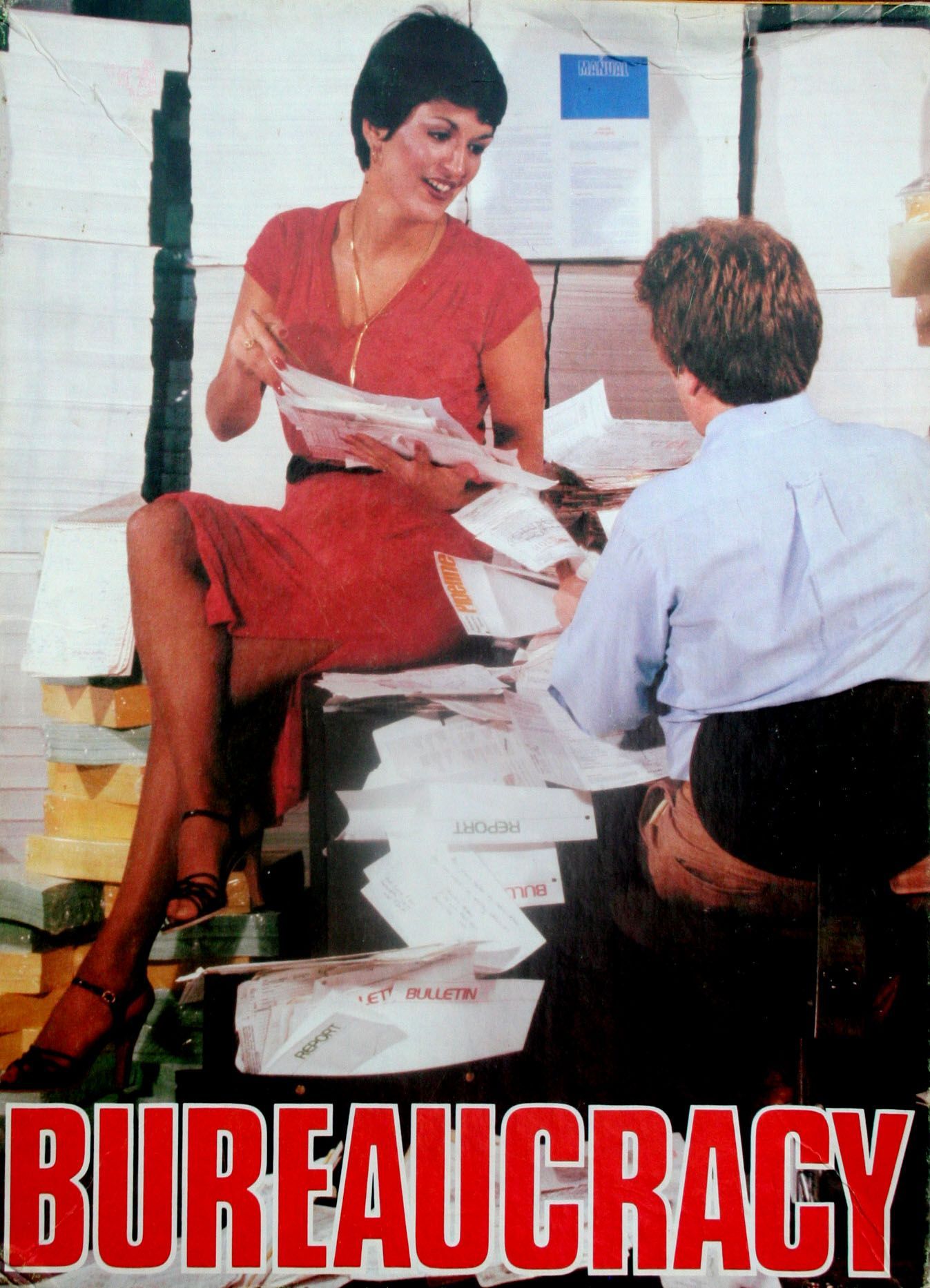 From the back of the box Bureaucracy is a somewhat less complicated version of The Great Chain of Being, a medieval, theological, parlor game, first uncovered in a small church in Urbino during the renovation of an ancient, holy, but clearly inadequate, sewage system. Both the Church and the monastic Parkover Brothels deny the authenticity of the game. As one official noted, "that's a crock". Bureaucracy is designed to simulate the bureaucratic behavior which constitutes so much of what we call government. It is convoluted, Byzantine, and entertaining. It is also cost effective, feasible, and administratively impossible. In its early stages, Bureaucracy required a fifteen story parlor, a six acre gameboard, 200,000 pieces, and a 15,000 page rulebook. Of course, this prototype was unwieldy. Consequently, we were forced to simplify the game. The present version is good for two to eight players. Each player starts the game at the lowest organizational level. The winner is the player who rises up through the masses to become the Director of the Bureaucracy. Players may select one of four lifestyles, each with its own advantages and disadvantages: lifer, over achiever, empire builder, or hustler. To be promoted from level to level, a player will need the required number of promotional prerequisites and that's where the fun comes in. All sorts of things can happen. Players may be demoted. They may be involved in scandals. They may become involved in power plays. They may have to go before a Grievance Committee. A player may even go bankrupt and have to start all over from the bottom again. There is no one sure formula for success. Players will have to stay out of trouble and use all their cunning to succeed. This is a game that makes being a part of the bureaucracy fun It will make you laugh at government and yourself at the same time. For civil servants, it's required recreation. For just you and me, it's a must. Don't be surprised though, when you open the box and hear the call of the jungle. It's a wild game. Game includes a 22 x 24 gameboard, 2 dice, 240 promotional prerequisite pieces, 20 power play pieces, 64 player tokens, a pack of money, 80 lifestyle cards, 20 memo cards, 20 consumer goods cards, 8 bucks, 1 power file, and two rulebooks (one to explain what it says in the simple game rules)