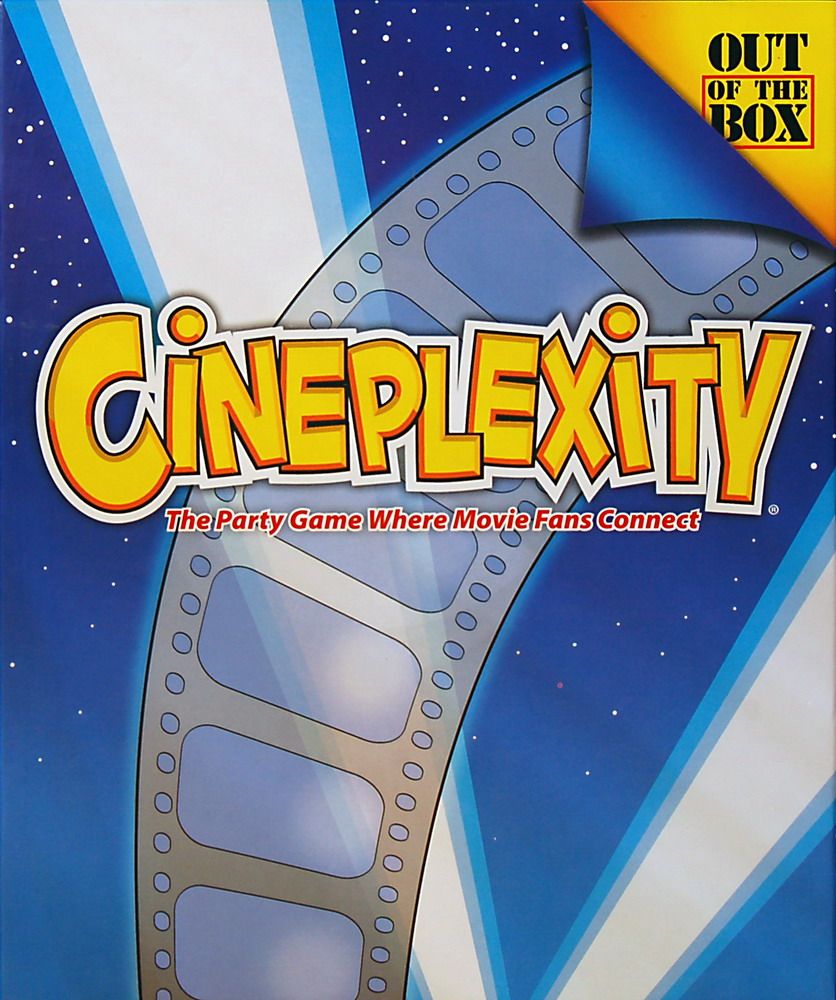 Out of the Box calls it "The Game Where Movie Fans Connect!" "Can you name a film taking place over the holidays AND features a character in a uniform? Then Cineplexity may be the movie game for you!" Players try to be the first to name a movie that meets the criteria on two different Cineplexity cards. Each of the 315 cards has a description from one of nine categories: Actors, Characters, Critiques, Genre, Production, Props, Scenes, Setting and Theme. Two cards are shown at a time. Who will be the first to think of a movie set In the Future that Contains Foreshadowing? If you come up with a name that players agree satisfies both cards, you win the oldest of the two cards, and a new card is added. So now the challenge might be to find a title that Contains Foreshadowing and has a Dance Sequence. And so on. If everyone is stumped you add a third card, and they must find a title that satisfies two of the three cards. Six to ten points (cards) are needed to win, depending on the number of players.