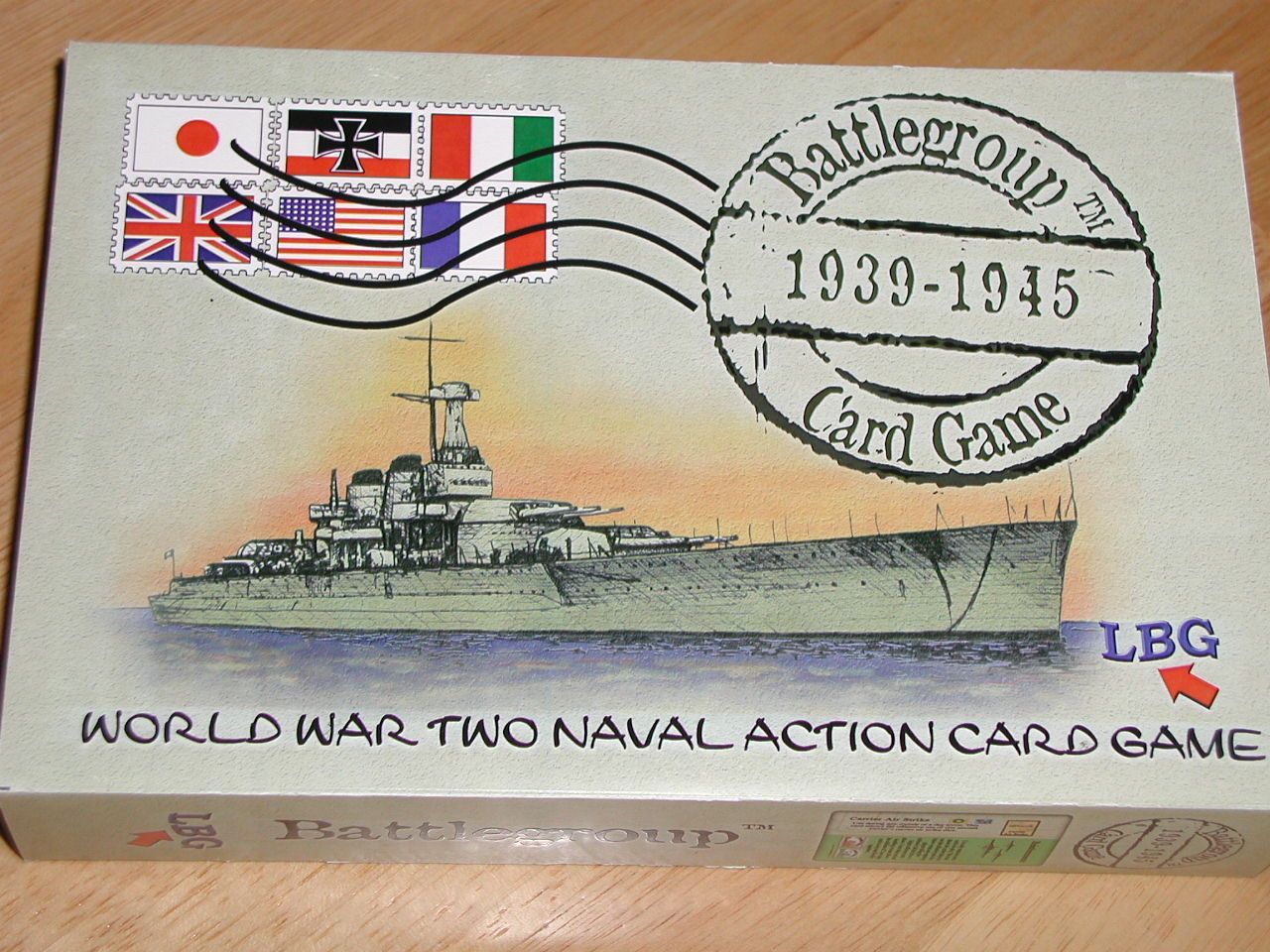 "This is an entertaining card game of strategy and chance based on WWII naval combat, when fleets combined the awesome firepower of traditional battleships with long-range bombing strikes from aircraft carriers. Players determine when and how to seek combat; to use daylight for smashing carrier air strikes through defending fighters and dense anti-aircraft fire or to use the dark of night for quick and devastating surface attacks using the battleships' big guns. Submarines, destroyers, mines and torpedo boats also all play their roles." Two to Four players command squadrons of battleships and aircraft carriers and the side that scores the most victory points by sinking enemy vessels and winning sorties wins the game. Variations in ship attack, capability, and defense values are represented by using different types and numbers of dice.