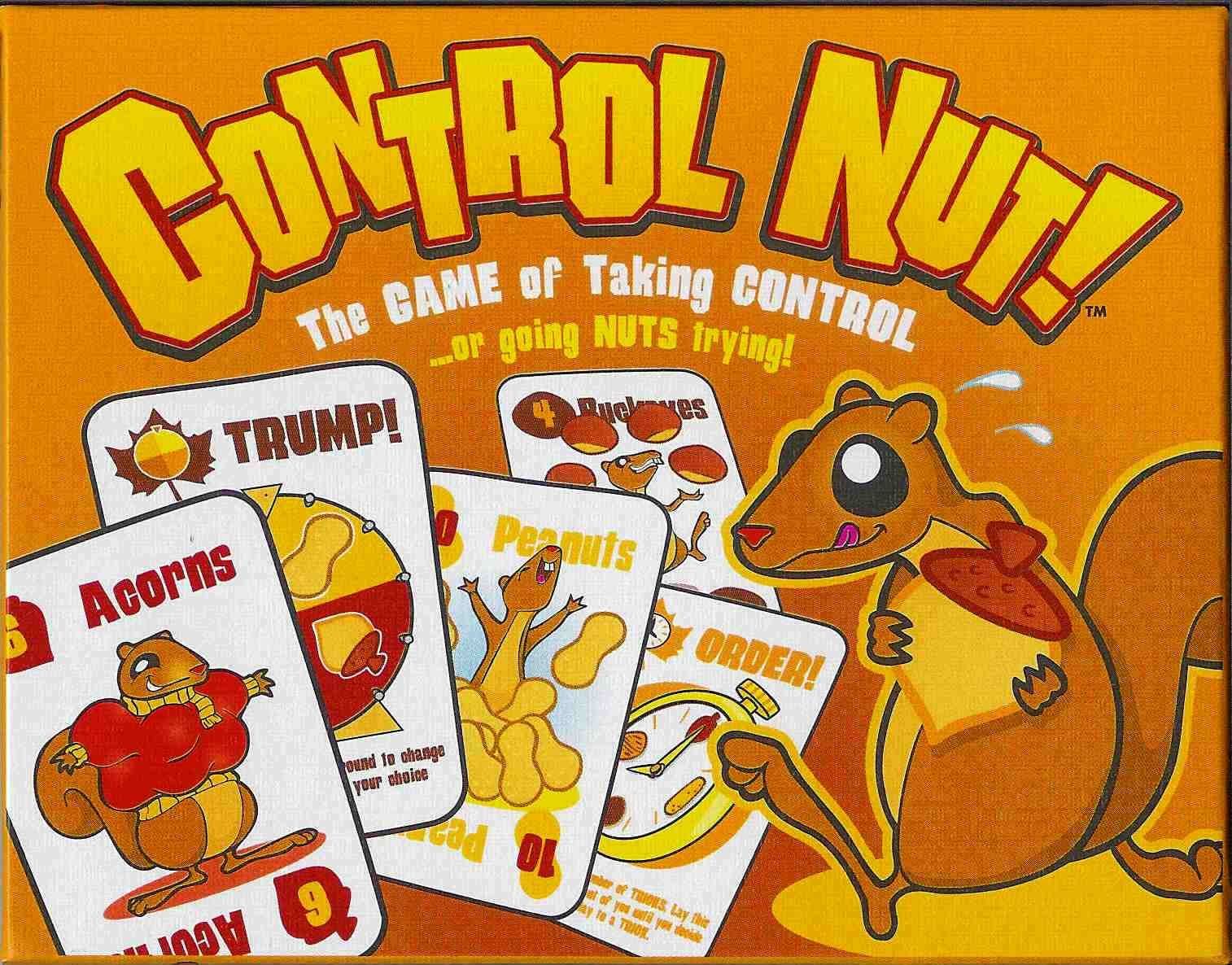 A partnership trick taking game that consists of two phases: In the first phase players bid for "Control Cards" that will give them a special action in the second phase. Bidding is done with face up cards that the high bidder then distributes to the other players when he takes the Control Card. Phase two is a trick taking game in which players may play the Control Cards to a trick to affect its outcome. Some of the cards have 1 or 2 stars on them. The score for the hand is the number of tricks taken times the number of stars won. From the box: You never thought that collecting nuts would be so addictive! Play as a partnership or play head to head as you attempt to be the squirrel in control. Be careful though in order to gain control you have to give control. Experience the excitement as you exert your control, gather nuts and become top squirrel. Warning: With enough play you may become a Control Nut too!