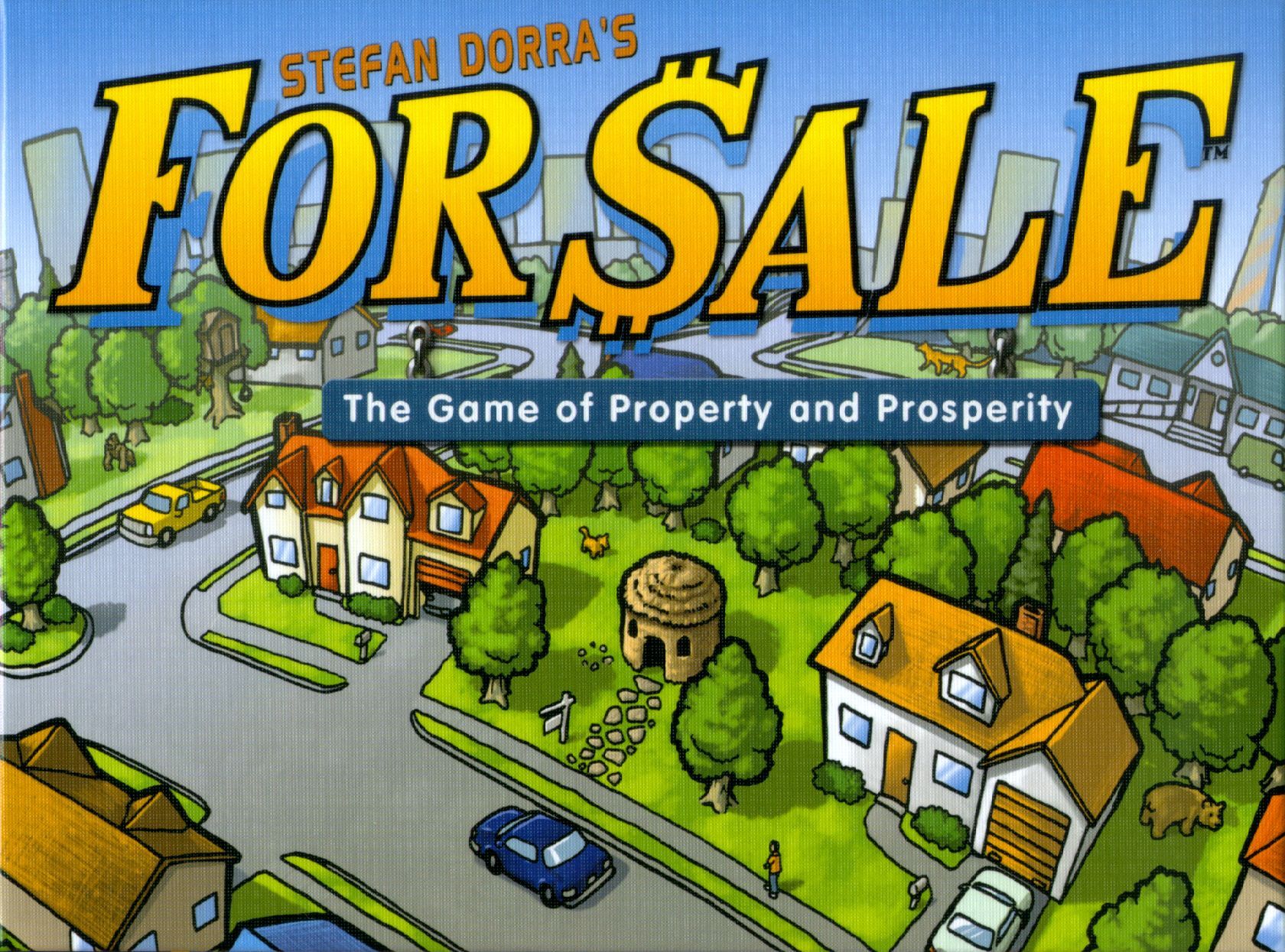 For Sale is a quick, fun game nominally about buying and selling real estate. During the game's two distinct phases, players first bid for several buildings then, after all buildings have been bought, sell the buildings for the greatest profit possible. The original Ravensburger/FX Schmid edition (1997/98) has slightly different rules than later English editions, and only 20 buildings instead of 30. The Ãœberplay 2005 Edition has new art, rules and card distribution changes, and it accommodates 3-6 players. The Gryphon 2009 Edition uses the Überplay art for the faces of the property cards, while replacing most other art. The rules are the same as the Überplay edition, with the exception of the rounding rule (which was stated in different ways in different printings of the Überplay edition). Rounding rule The rounding rule preferred by the designer Stefan Dorra is that players get back half of their bid rounded DOWN (not UP), as confirmed in correspondence with him here and here. A history of how the rounding rule has changed in different editions is documented here.