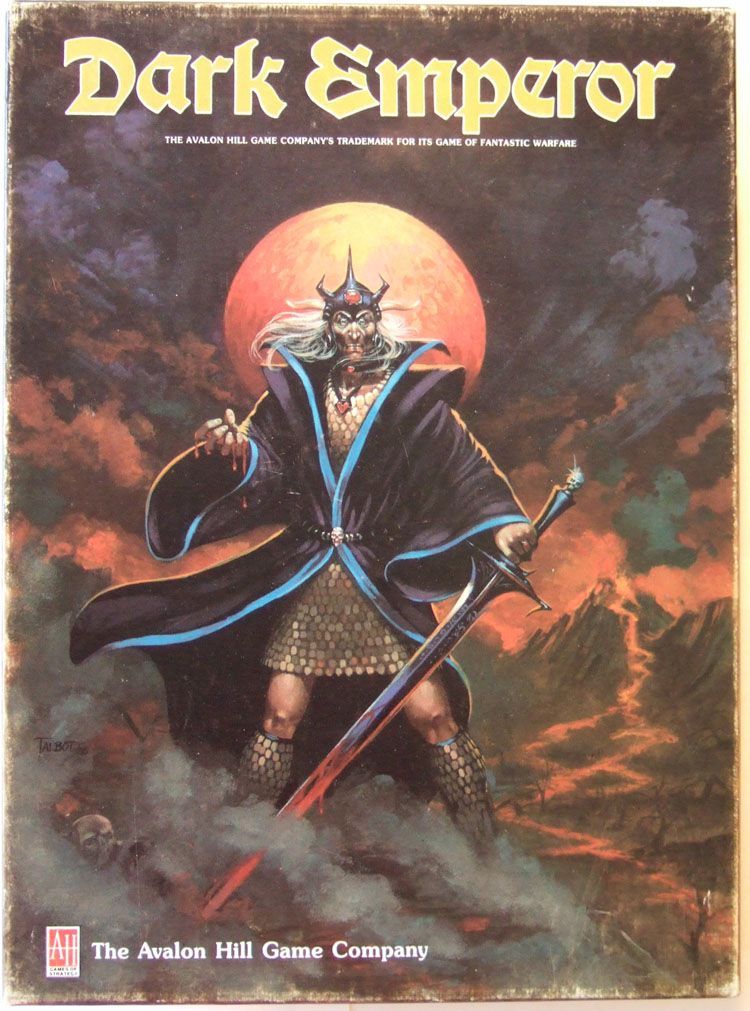 Two-player boardgame of warfare and quest in a fantasy universe. One player is a Dark Lord invading the world from another dimension; the other must rally the kingdoms of the world to fight the invaders. There is a race-for-time aspect to the game as the Dark Emperor becomes steadily stronger whilst the opposing player scrambles to put together an alliance. The map is remarkable in that this world has obviously suffered extensive meteoric bombardment.