Freedom in the Galaxy - Universal Statistics 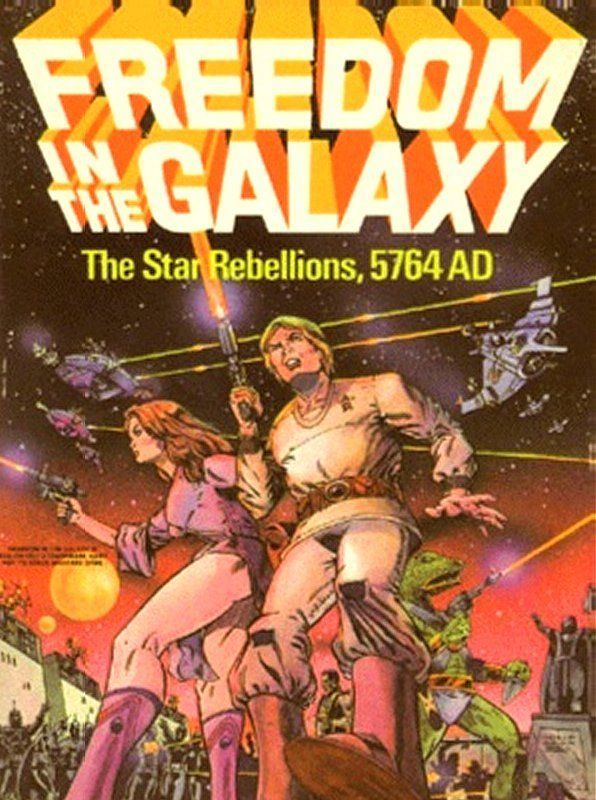 First published by SPI and obviously inspired by Star Wars. Some of the character names are anagrams of SPI employees. Freedom In The Galaxy is a medium complexity strategic and tactical game of galactic conquest. Can a small band of valiant rebels withstand the oppression of the mighty galactic empire? The map board schematically represents over 30 solar systems. Unit types include armed forces, spaceships, imperial characters and individual rebels. The rebel player must start insurrections on various planets hoping to cause a domino effect and topple the empire's power base. The Imperial player must garrison planets, quash rebellion and conduct diplomatic missions to maintain a high loyalty factor. There are three levels of complexity to the game system. Combat is dice based and cross-referenced on a probability table. The game consists of a map board, 140 character cards, 400 die cut counters, a galactic guide, numerous playing aids and a rulebook.