Railways of the World - Universal Statistics 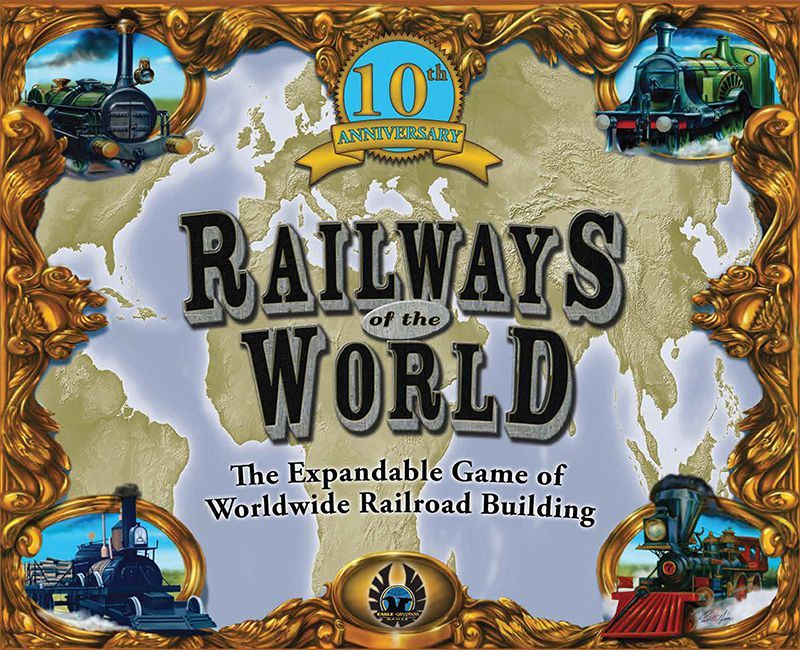 Railways of the World (2009) is the new edition of the base game for Eagle Games' popular Railways of the World series, first published as Railroad Tycoon in 2005. It reimplements the original game with several improvements. Revisit the early days of the Age of Steam as you begin with a locomotive (the venerable John Bull, the first locomotive to run in North America) and a vision (your Tycoon "mission" card). From there, build your budding railroad network into a vast empire. Connect New York to Chicago, earn the most money, develop bigger and faster locomotives and maybe even span North America and build the Transcontinental Railway! Multiple expansions featuring different maps are available. Railways of the World is the new base game for the system and includes the engine placards, railroad tiles, train tokens, money, bonds, and other items that are needed in almost all the Railways of the World series. A gameboard depicting the eastern half of the United States is included in the base game, as well as a mounted map of Mexico. This game is preceded by the designer's other Winsome train games: Age of Steam, Australian Railways, Volldampf, New England Railways, Veld Spoorweg, Lancashire Railways, and Ferrocarriles Pampas. Railroad Tycoon was the result of a collaboration with Glenn Drover, in which the mechanics and game-play of Martin Wallace's Age of Steam were simplified and streamlined and attractive over-produced components were added, in order to make Railroad Tycoon more appealing to less hardcore gamers and more accessible to a wider audience. A revised reprint was published at the end of 2010 which made some component improvements, such as the addition of Railroad Operation cards for the Mexico map. Complete series overview - The Railways of the World Series: Introducing the family members of the ideal medium-weight train game Note: The RailRoad Tycoon board itself is gigantic (about 36x45 inches, 91x114 cm) and requires a huge table or playing on the floor. Similar to: Steam