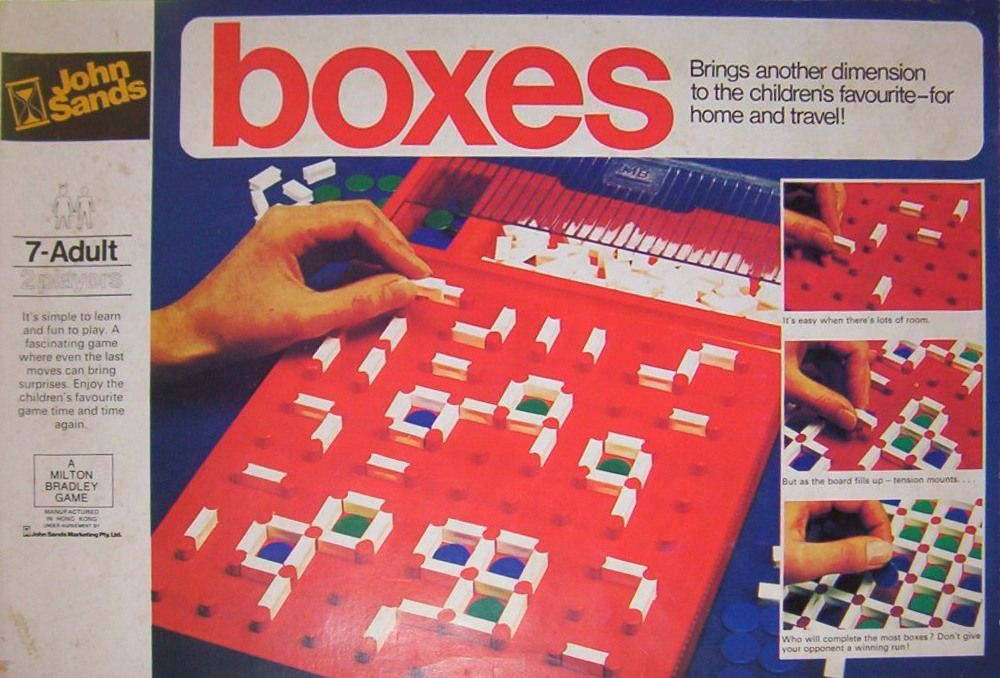 The game, which is known by many names and has been released in many versions, was invented in 1889 by the French mathematician François Edouard Anatole Lucas and first named La Pipopipette. Boxes is a plasticised version of a game we used to call Dots and Dashes. In the paper and pencil version, you draw a grid of dots and then each player must alternately draw dashes joining adjacent vertical or horizontal dots. If you are able to complete a square, you mark it as your own and you must draw another dash. At the end of the game, players achieve long runs of squares. When all squares are claimed, the game ends, and the winner is the player with the most squares. The grid of boxes is 8x9 in size for 72 positions to be captured. Similar to: Squares - but on a larger rectangular board. Honeycomb (which uses a hex board) Squaresville (with double scoring squares and premarked edges)