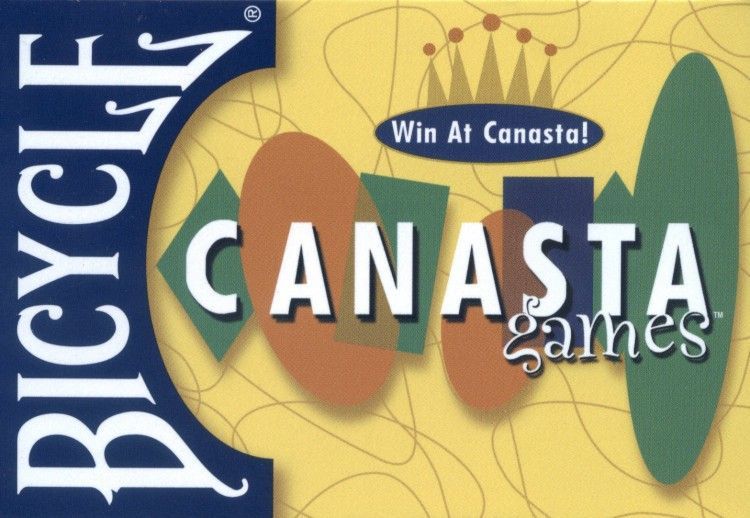 The game of Canasta is said to have originated in Montevideo, Uruguay, around 1940. From there it spread to Argentina, the USA and throughout the world. It was extremely fashionable in the 1950's, threatening for a while to displace Contract Bridge as the premier card game. The rules were standardized in North America around 1950 and it was this version of the game that gained worldwide popularity. In many countries, Canasta is still played in more or less its original form, sometimes alongside a number of variations. In North America, however, the game of Canasta has continued to develop, and the version now favored by many American players, called Modern American Canasta, is very different from the classic game. Canasta is generally agreed to be best for four players, playing in partnerships. However, there are playable versions for two, three or six players. Canasta is a standard deck playing card game modified by adding two decks together and adding all four Jokers.