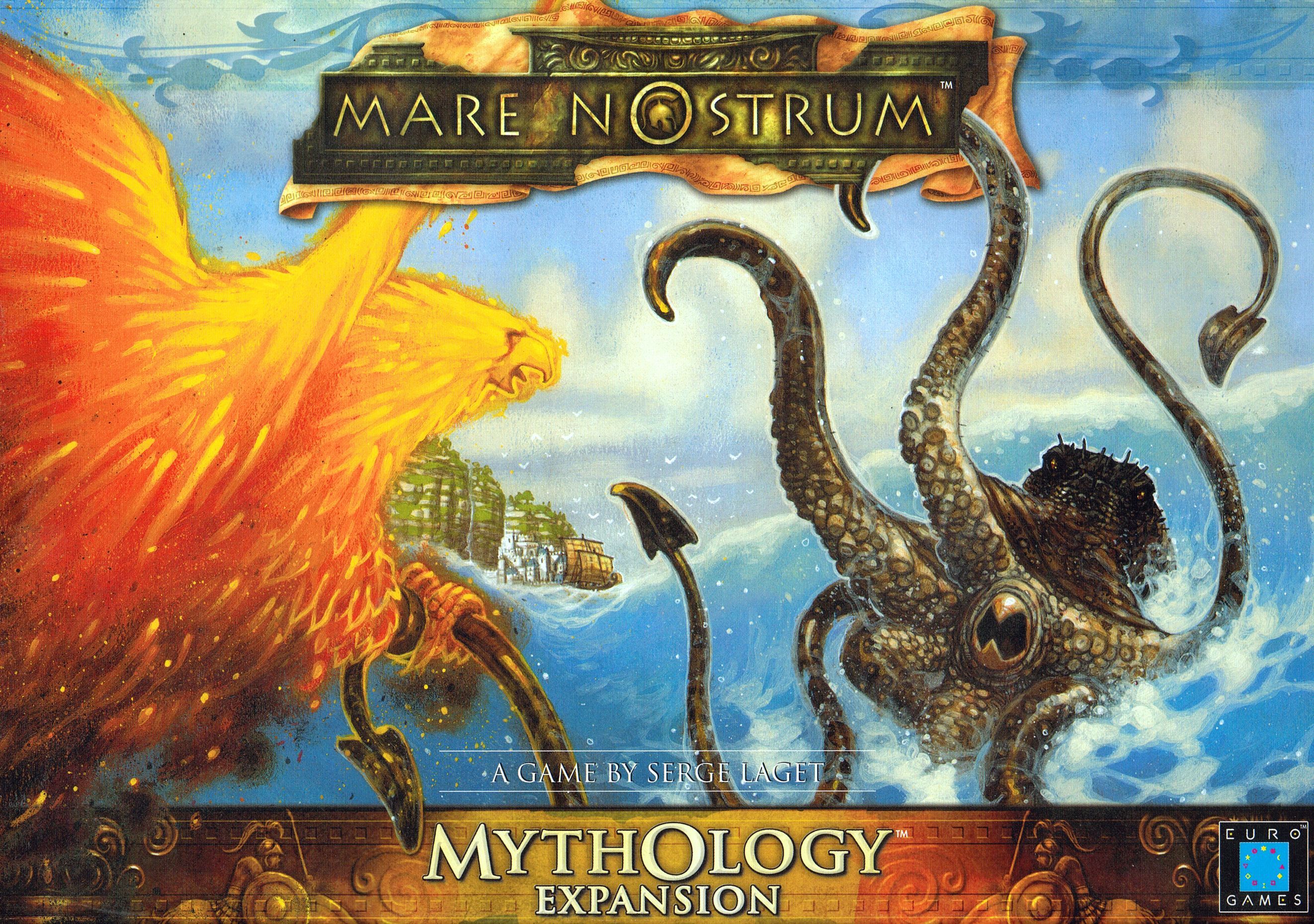 From the Publisher: Secure your civilization's place in the annals of history, build wonders that will dazzle the hearts of men, build a commercial empire, take charge of the battle fields, launch your ships across the Mediterranean so that they carry to all the world the might and grandeur of your economic, cultural, and military power! The Mythology Expansion for Mare Nostrum introduces several new elements into the game, such as the addition of a sixth player who represents the fabled civilization of Atlantis. A new map is added depicting western Europe beyond the Pillars of Hercules and the island of Atlantis. You can pray to the Gods and engage fierce mythological creatures to aid you in your conquests. The more you play, the more new facets to the game you will discover, each more interesting than the last. The world of Mythology is so engrossing that once you enter this ancient realm, you will want to prove, once and for all, that the Mare Nostrum is and always will be Your Sea! In the Mythology Expansion, you will be able to discover and explore: New people, Atlantians, allowing you to play with 6 players. Old Gods (Poseidon, Mars, Isis, and more). A game board that extends the basic map to the west and includes Atlantis, the Iberian peninsula, Gaul, and North Africa Over twenty new heroes (Achilles, Gilgamesh, Minos, Spartacus, and others) Six Mythological creatures (the Phoenix, the Kraken, Centaurs, Behemoths, and more). Pottery - the thirteenth resource! Expands: Mare Nostrum