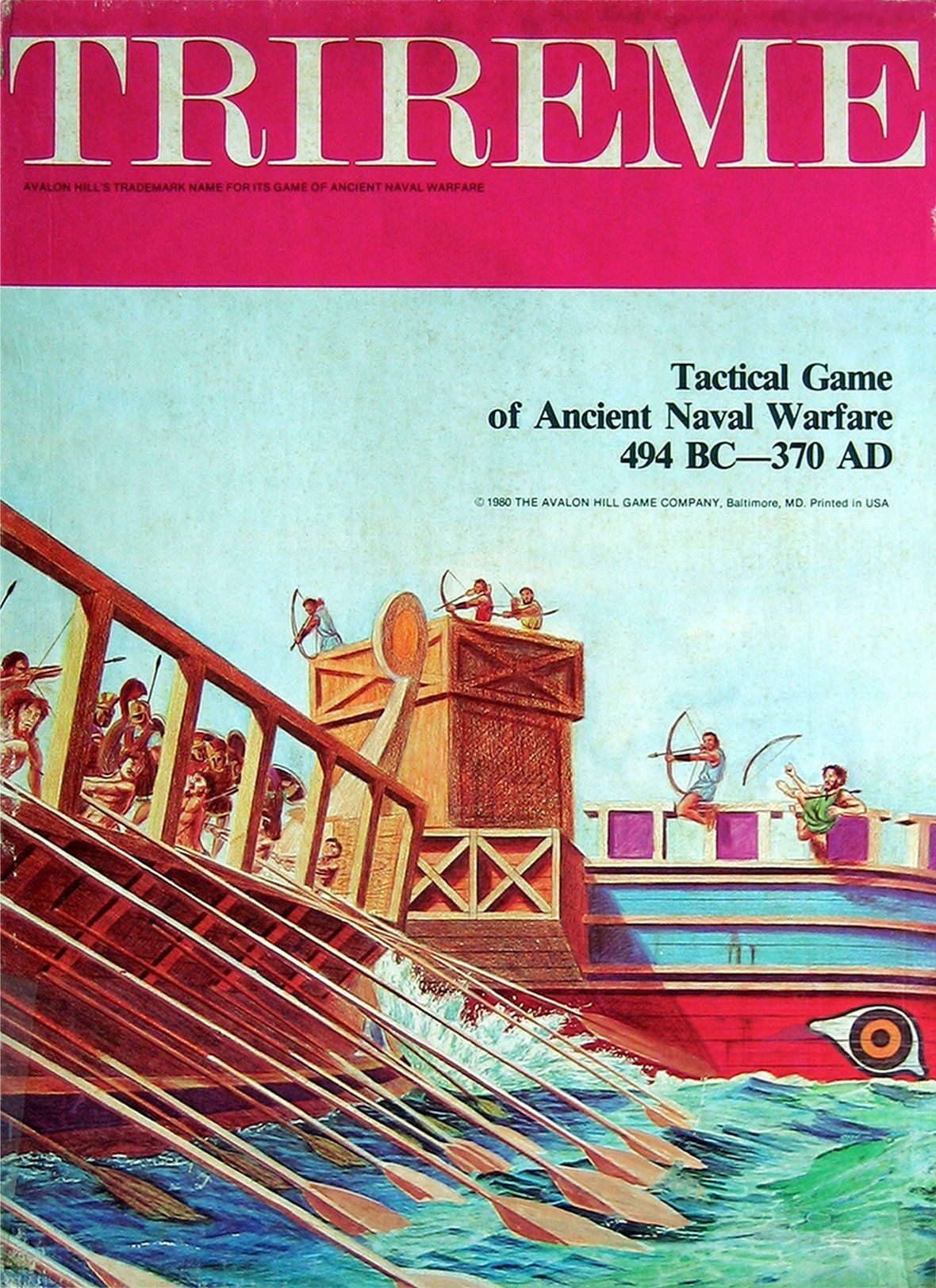 Here is a thoroughly accurate recreation of Greek and Roman naval warfare in the heyday of ramming and boarding. A Tactical Game of Ancient Naval Warfare Trireme is actually 15 games in one; fleet and ship to ship games of varying complexity levels plus 11 scenario game, ranging in time-spans of 494 B through 370 AD. You control individual ships that maneuver to sink or capture the enemy. The "fleet game" is an easy version which uses a fast move system for high playability and quick action. The more advanced "ship games" use simultaneous movement and much more detail including optional rules for everything from tides and currents to the corvus boardin ramp. Re-create Great Historical Engagements Eleven different scenarios include action in historical battles such as Salamis or Actium, pirate raid, Veneti and Saxon ships, and even a point-system for designing your own battle in either the fleet or ship games. Game is played in chess-like fashion. Each player moves all the ships he so desire according to its historical ability. Each ship has "movement points" which reflect its speed per turn. Ships are moved across a playing board of "the sea" which is superimposed with a pattern of hexagons' each hex acting as square do in chess and checkers. Each ship's "movement points" are reflected in number of hexes it can move in any given turn. Battle occurs when ships are moved adjacent, such combat resolved by a unique die-roll combat results system that rewards the player with the greater tactical skill. Trireme comes complete with a detailed rule folder that gets you into play quickly. You only have to read 4 pages of a 40-page manual to play the "fleet game." Also included are background synopses for all scenarios, plus a detailed "designer's notes" section explaining the historical significance of the game. Be forewarned. you're getting no trumped-up Hollywood extravaganza. You will get an historically accurate, yet quite playable game of ancient naval warfare in Trireme. Over 225 different ship come with the game, in addition to a plethora of playing aids that make Trireme easy to learn, and exciting to play. Components (Avalon Hill edition): one Game Tables Card one 40 page rules booklet two different Log Sheet Pads eight 8 1/2" x 10 1/2" mapboards depicting blue water with an hexagonal overlay 4 countersheets TRIREME is ideal for two players and teams, ages 12 and up. (source: back of Avalon Hill edition box and user's description)