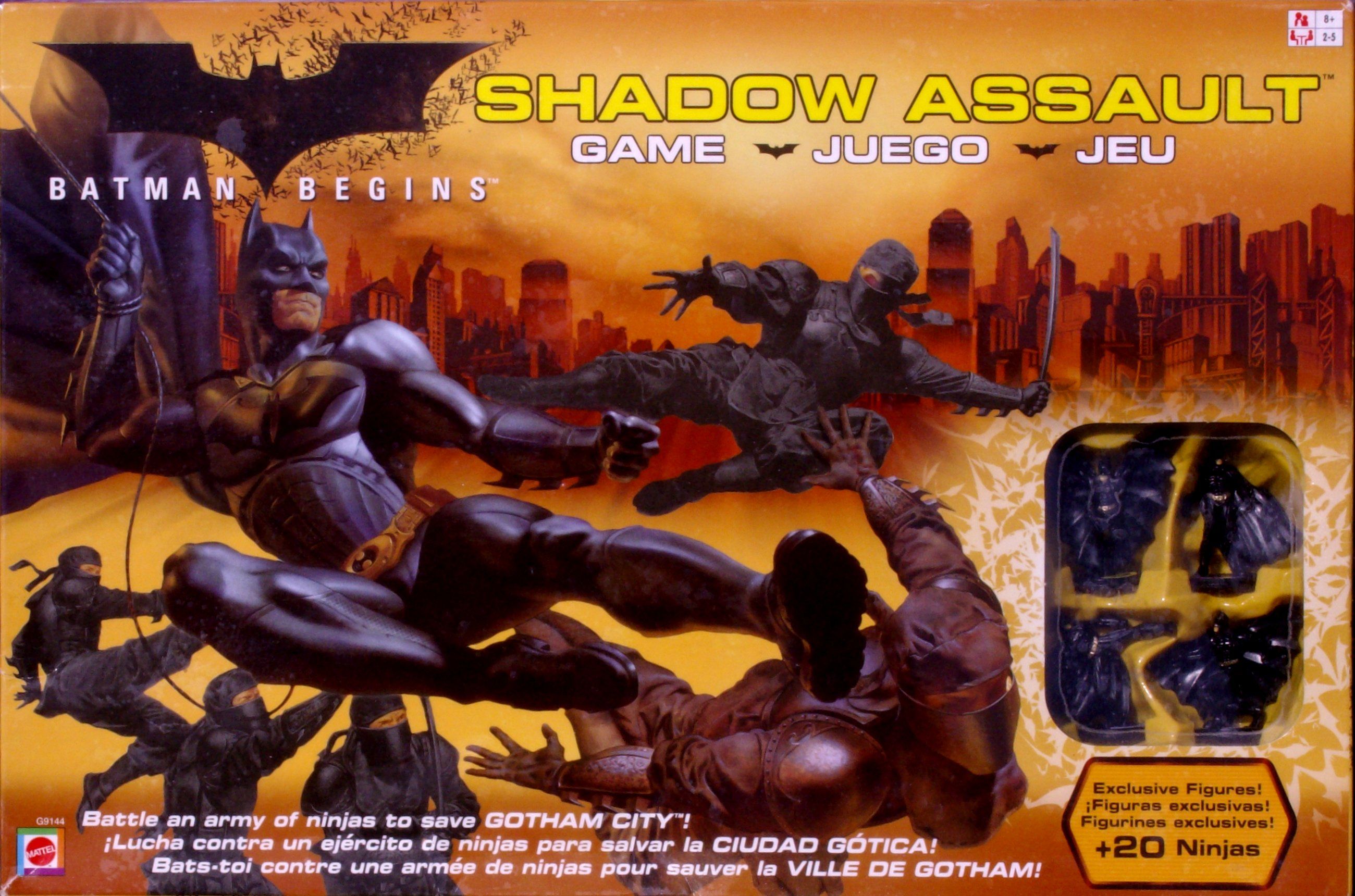 Ra's al Ghul, master of the League of Shadows, has sworn to destroy Gotham City! Racing through the night, Batman seems to appear in multiple locations at once, confusing his enemies with his speed and his stealth. But will that be enough? Can Batman stop Ra's al Ghul's ninja army before they activate their microwave cannon and wreak havoc upon the city? One player is Ra's al Ghul and controls all the ninjas, the other players control the Batman figures. Both groups have different objectives. Comes with: 4 Batman figures, 20 ninja figures, 1 board of Gotham City, 4 battle dice and power markers.