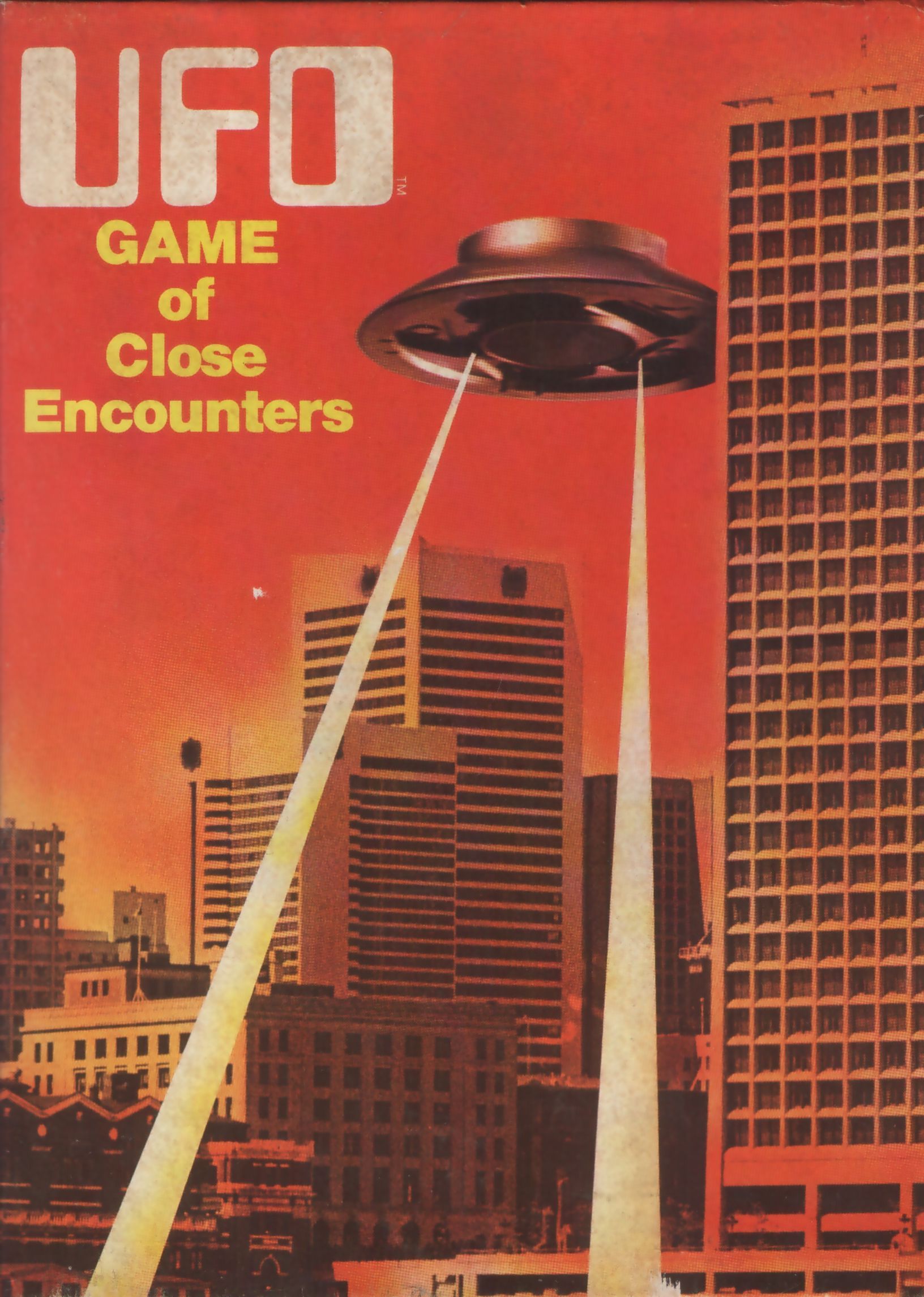 UFO is a low complexity abstract game themed on an alien invasion of Earth. The alien player must land 5 of 8 available ships on Earth to win. The Earth player, with only eight rockets, must defend or perish. Movement is along orbital paths that form 7 concentric rings around the Earth. Each player rolls two dice and moves one rocket or UFO the exact count of for each die. In addition to the UFOs and Earth's rockets speeding around, the moon orbits the Earth destroying all in its path. Combat is not dice based, rather players capture opponents pieces by landing on them by exact orbital move of one die. The advanced game adds dummy counters for the alien player and space stations for additional defence of Earth. It feels really more like an abstract strategy game, but Avalon Hill classified as a wargame simulation. The game consists of -two 8" x 16" map boards with 2 black plastic clips to hold together. -die cut counters (8 rockets, 5 space stations, 1 moon, 8 saucers, 12 decoy UFOs) -2 six sided dice -1 double sided page of rules. Avalon Hill Complexity rating - 1