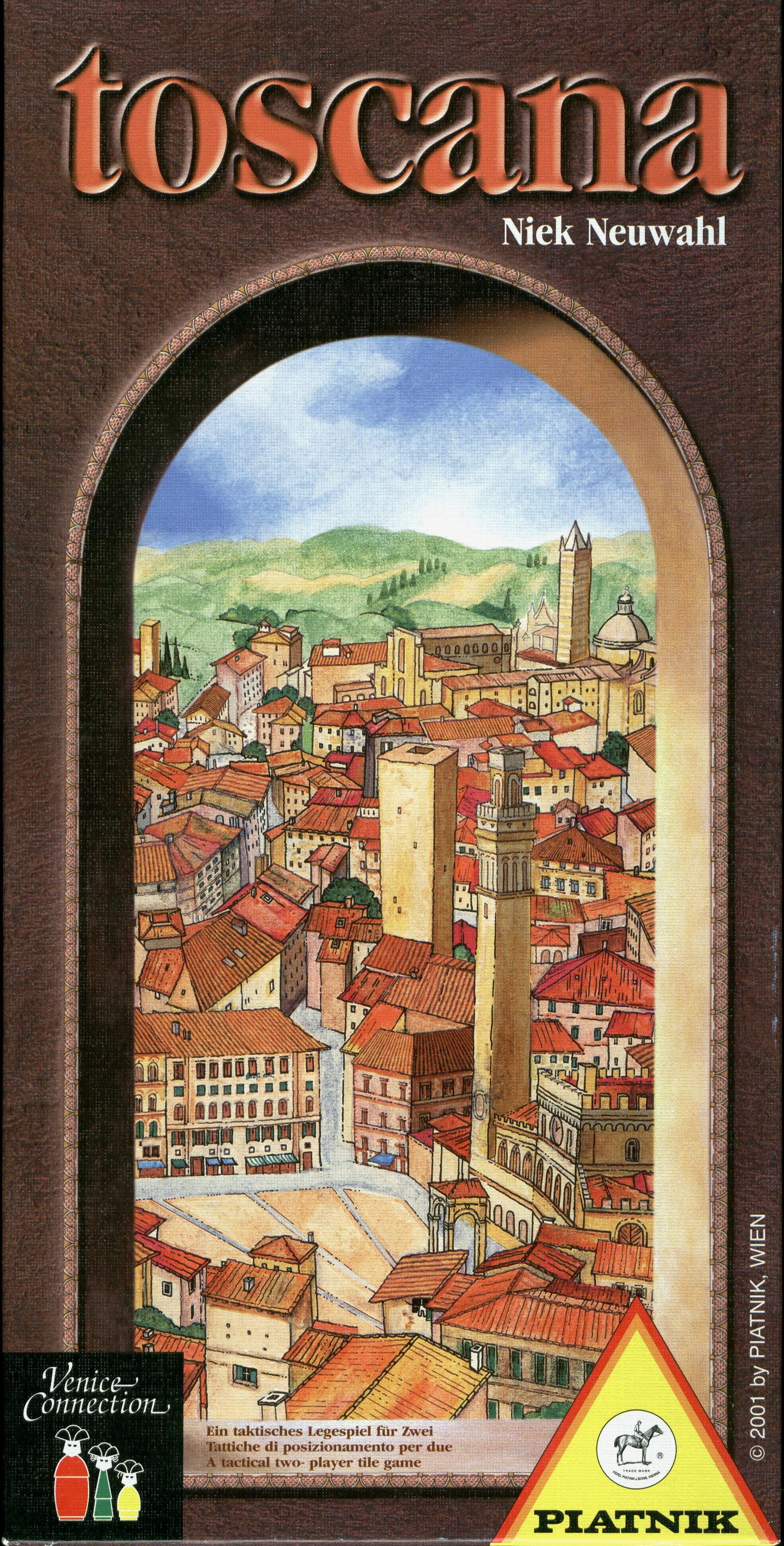 Toscana has simple rules. Both players have 16 tiles (which are divided into 8 squares in a 2x4 grid). The squares show either red roofs or gray plazas. One set, used by the 'roof' player, has roofs on 6 of the 8 squares on each tile. The other set, used by the 'plaza' player, has plazas on 6 of the 8 squares on each tile. Each player shuffles their stack of tiles and places them FACE UP before them. (Thus you can see what your opponent's next tile will be.) The tiles will be placed onto a 17x17 board. Players alternate placing tiles onto the board with a few placement restrictions: 1) The first tile must cover the center square of the board. 2) Later tiles must be placed so that at least one square of the player's color touches a square of the player's color on a previously placed tile. The object is to form as large area of connected roofs or plazas as possible by the end of the game. Each tile you have in this connection scores one point. There are little 'tiddly wink' markers to aid in this counting process. Each player tallies the tiles in their largest connected group, and the player with the greatest total wins. The rules call for two games, with players alternating sides in the two games. The only other feature of the game is the veto. Each player has the opportunity to 'veto' an opponent's tile ONCE per game. A chip is simply placed atop the tile atop your opponent's stack to indicate that you are 'vetoing' that tile. The tile is placed on the bottom of his stack and will likely never rise to the top during the game. The game is VERY easy to learn and plays quickly... 20 to 30 minutes.