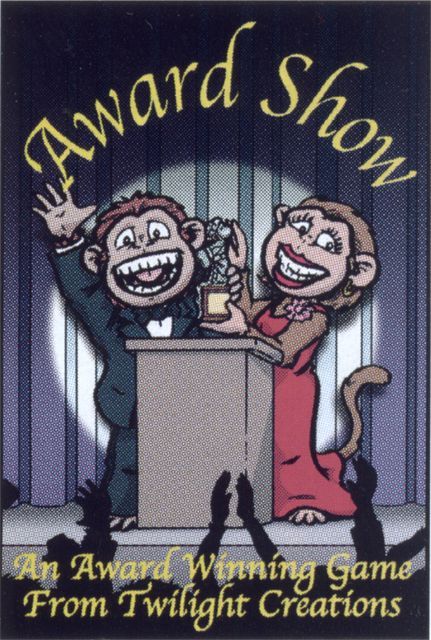 Become an award winning game designer...AT HOME! The game is played in six rounds each for a different award. In each round each player is secretly assigned to be one of six game companies. Players then place cards on each of six companies nominated for that award. The card range in value from -1 to 2 votes. At the end of the voting, each player, beginning with the dealer, chooses one company to have its votes tallied. When the total tally of all non-negative votes is eight, the company with the most votes wins. If a player controls that company he gets that card and any other cards where votes were tallied. Game ends after six rounds and the person who has collected the most cards (not necessarily the most awards) wins. Components: Two-deck tuck box comes with 100 whimsically illustrated cards and rules.