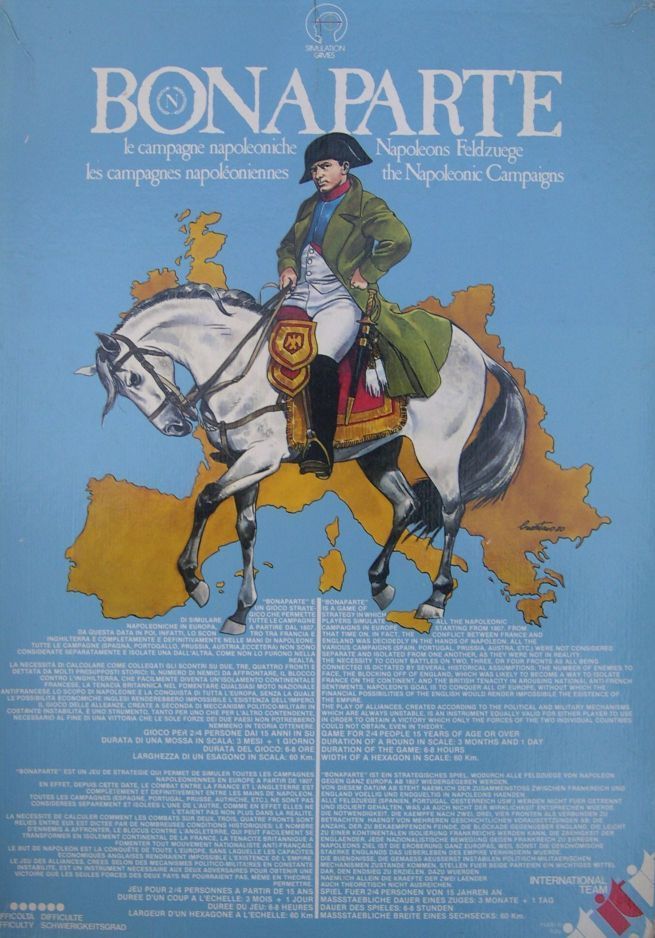 Bonaparte is a strategic game of Napoleonic campaigns in Europe, between 1807 and 1813. It is mainly a "France against England" game but it also includes management of 11 other nations. This game is a wargame including logistic management and diplomatic aspects. The object of the game for the French player is to make allies of all the European countries except England. The game can also be played by four players, adding an Austro-Prussian and a Russian player, both trying to maintain their independence.